Aaron Eckhart To Play Us President

Aaron Eckhart has joined the cast of 'Olympus Has Fallen' in which he will play the US president. 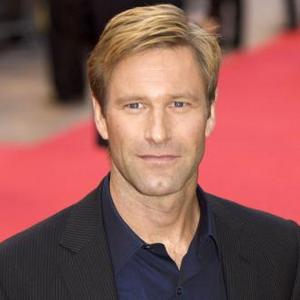 Aaron Eckhart has joined the cast of 'Olympus Has Fallen'.

The 'Dark Knight' actor will play the US president in the new movie which follows a former Secret Service agent who becomes America's only hope when the White House is overtaken by terrorists.

Gerard Butler will play the heroic bodyguard in the film which he will also produce.

Antoine Fuqua is set to direct from a script by first-time writers Creighton Rothenberger and Katrin Benedikt.

The film is remarkably similar to new movie 'White House Down'.

Jamie Foxx is set to star as the US President in director Roland Emmerich's new action-thriller, about a secret service agent who must act when the White House comes under attack and everyone inside, including the president, is held hostage.

Although The Deal has not been finalised, Jamie is said to be intrigued by the presidential role, and his representatives have reached out to the filmmaker about the part.

Channing Tatum is in talks to play the agent who must save the president when 1600 Pennsylvania Avenue is taken over by a paramilitary group.

'Zodiac' and 'The Amazing Spider-Man' writer James Vanderbilt has penned the screenplay, with production expected to start later this year for a 2013 release.