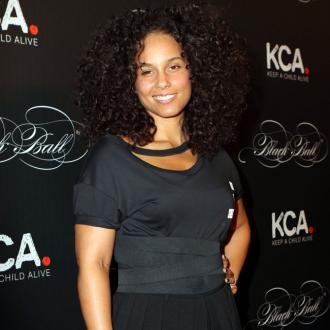 ''They should be safely wrapped in the security of the endless potential within them.

''They should be free to crawl through tunnels we use to find ourselves Without having to worry about the rescinding of their human rights.

''Children should be able to color outside the lines, make a beautiful mess and create their own lives.

''They should be free to laugh and live without walls, borders, bans or repeals #DefendDACA #IStandWithTheDreamers #DACA #WeAreHere (sic)''

Meanwhile, Alicia recently claimed people are stuck in a ''trap'' surrounding their appearance.

The singer, who is an advocate of wearing no make-up, thinks a lot of people ''worry'' about others perception of them and will apply cosmetic products to boost their confidence, which means they ''forget'' to think about themselves and their own happiness.

She explained: ''It can seem silly, but I think that many of us are caught in this trap. We worry about what the others are thinking about us, and we forget to think by ourselves. Actually, this is not only about using make-up or not.''