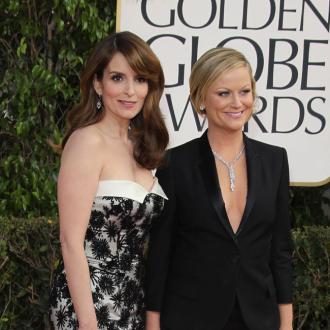 Amy Poehler has apologised to Taylor Swift for mocking her love life.

The 'Parks And Recreation' star insists she and good pal Tina Fey didn't mean to upset the country singer, who is renowned for dating a string of Hollywood stars, by warning her to ''stay away from Michael J. Fox's son'' and advised her to take ''some me time'' while presenting the Golden Globes in January after Taylor said she is going to ''hell'' for the comments.

The 41-year-old comedian told The Hollywood Reporter: ''Aw, I feel bad if she was upset. I am a feminist, and she is a young and talented girl. That being said, I do agree I am going to hell. But for other reasons. Mostly boring tax stuff.''

In a new interview with Vanity Fair magazine, the 23-year-old singer admitted she wasn't impressed with the jokes at her expense.

She said: ''You know, Katie Couric is one of my favorite people, because she said to me she had heard a quote that she loved, that said, 'There's a special place in hell for women who don't help other women.'''

The 'I Knew You Were Trouble' singer - who has dated Harry Styles, Conor Kennedy, Jake Gyllenhaal and John Mayer, also claimed speculation about her love life has been widely exaggerated and insisted she has only dated two people since 2010.

She said: ''If you want some big revelation, since 2010 I have dated exactly two people ... the fact that there are slide shows of a dozen guys that I either hugged on a red carpet or met for lunch or wrote a song with ... it's just kind of ridiculous. It's why I have to avoid the tabloid part of our culture, because they turn you into a fictional character.

''For a female to write about her feelings, and then be portrayed as some clingy, insane, desperate girlfriend in need of making you marry her and have kids with her, I think that's taking something that potentially should be celebrated - a woman writing about her feelings in a confessional way - that's taking it and turning it and twisting it into something that is frankly a little sexist.''