Kevin Hart advised Amy Schumer to win over the 'Saturday Night Live' audience by telling them he's her friend. 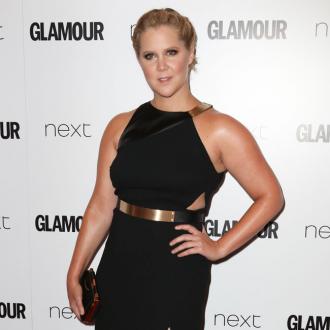 Amy Schumer has been given 'Saturday Night Live' hosting tips from Kevin Hart.

The 'Trainwreck' actress will present the legendary show tonight (10.10.15) and her friend - who took the helm on January 17 - suggested she tell the audience they are pals in order to win them over.

Earlier today, Amy tweeted the text, which read: ''Hey I know your hosting SNL tonight... If you get nervous during your monologue just tell the audience that you know me. I promise it will help.(sic)''

The 36-year-old star also told the 'Insider Amy Schumer' star she could call him for help if she needed it, though he was unlikely to answer - but insisted that wouldn't matter as she'll be ''fine''.

The message continued: ''Or you can FaceTime me but I probably wouldn't be able to pick up because I'm busy doing stuff. Just spit balling here... I'm trying to help... you know what f**k it... you will be fine... I hope.. God bless...K Hart out.(sic)''

Amy also shared her excitement about hosting the show early this morning.

Alongside one of her baby pictures, she wrote: ''Excuse me, Mom and Dad, I am hosting Saturday Night Live tonight. (sic)''