Comedienne Amy Schumer Has Landed A Lucrative Publishing Deal For Her Debut Book. 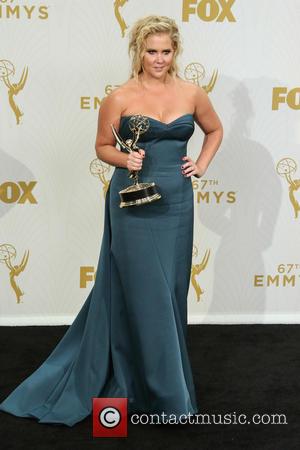 The Trainwreck star has reached an agreement with a publisher in a deal worth between $8 million (£5 million) and 10 million ( £6.3 million), according to Entertainment Weekly.

The deal exceeds the $5 million (£3.1 million) advance comedienne Tina Fey received for her New York Times bestseller Bossypants, and the $3.5 million (£2.2 million) Girls star Lena Dunham was paid for her memoir Not That Kind of Girl.

Schumer has enjoyed a breakout year with her summer blockbuster Trainwreck, and on Sunday (20Sep15), she received her first Emmy Award for her U.S. TV series Inside Amy Schumer.