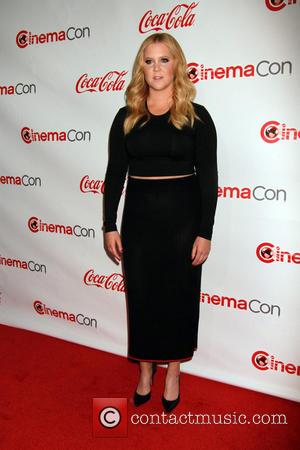 Cosby has been accused of rape, sexual assault and general inappropriate behaviour by over 30 women, who have come forward with decades-old claims in the past eight months.

The comic hasn't addressed the allegations and his legal representatives have dismissed them, but now Schumer has taken the drama to the courtroom for a sketch on her show Inside Amy Schumer.

As his defence attorney in a Court of Public Opinion, Schumer poked fun at Cosby fans who refuse to believe The Cosby Show star could be guilty of the allegations piling up around him.

At one point in the skit, which aired in America on Tuesday night (26May15), she stated, "If convicted, the next time you put on a rerun of The Cosby Show, you may wince a little, you might feel a little pain and none of us deserve that."

Schumer, as Cosby's lawyer, also played The Cosby Show's theme tune and an extract from the show to the jury and handed out Cosby's staple pudding pops and sweaters, like the ones the comic wore on the show, while a chocolate cake arrived for the jury members, courtesy of "a Mr. B. Cosby".

After playing the popular theme song, Schumer asked, "Did anyone feel raped by that...? I felt comforted by a familiar father figure."

Cosby has never been charged in connection with any of the sexual assault claims.