Du Beke and long term girlfriend Hannah Summers have been 'trying for years' to have children.

The 50-year-old star of the BBC One dancing competition has been dating Summers, the head of a telecommunications firm, for six years. Du Beke announced the news on Twitter, telling followers: “Hannah and I are delighted to announce that we are expecting twins in the spring. We are over the moon!”

According to The Sun, Summers is three months pregnant after a long IVF process.

A source told the newspaper: “Anton and Hannah are very happy together, and they decided some time ago that they were both ready to have children.

“Hannah didn’t fall pregnant quite as quickly as they would have liked and it was a source of worry for them for a while.

“Eventually they decided they wanted to try IVF treatment and they are delighted it has worked.

“Hannah is now more than three months pregnant and she seems to be coping very well.”

Du Beke competed on this year’s ‘Strictly Come Dancing’ with ‘Birds of a Feather’ actress Lesley Joseph, but the couple were the fourth to be eliminated.

He is now being hotly tipped as one of the possible replacements for for departing judge Len Goodman, who will leave after the current series. 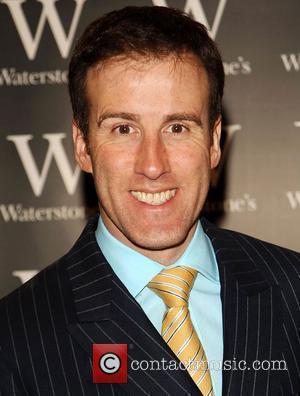