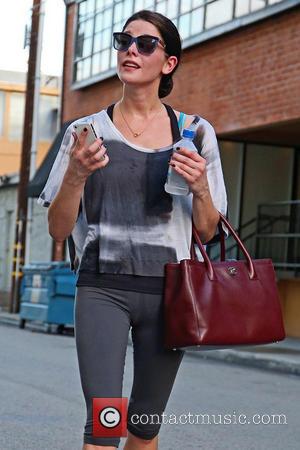 The apartment of Ashley Green was ablaze yesterday, taking the lives of one of her two dogs. Her, her boyfriend and brother were all able to escape, though, after the blaze started on the sofa. The 26-year-old Twilight actress was seen sobbing, cradling the unfortunate dog that didn’t make it out of the dramatic fire.

"We were dispatched at 9:50 a.m. PST to reports of a highrise fire," Inspector Quvondo Johnson of the Los Angeles County Fire Department told the New York Daily News. "We did see smoke and fire from the third floor when we arrived. Based on the occupany load of the building, we quickly raised it to a two alarm fire." Several residents tried to tackle the blaze with fire extinguishers before at least 10 fire trucks hurtled to the building, which was once lived in by Marilyn Monroe. The fire was quickly brought under control and extinguished just after 10am following a 9.50am emergency call. An eyewitness explained to The Daily Mail, “It was completely burnt out, [Greene's] whole apartment was burnt to a crisp. All the windows were blown out with smoke billowing out of them. All of the building had been evacuated and all of the residence were outside. Some looked scared, some were angry.” A second source said: “All of a sudden police rushed to close the street, blocking both ends. Then fire trucks started roaring down the street. Three or four of the fire trucks had ladders going up the complex. One going into her apartment, one going onto the roof and one going around the rear. All you could see was black smoke.”