'Twilight Saga' actress Ashley Greene has signed up to star with Miley Cyrus and Demi Moore in 'LOL'. 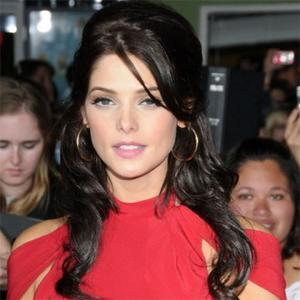 Ashley Greene is to star in 'LOL'.

The 'Twilight Saga' actress will play Miley Cyrus' arch-enemy in the forthcoming movie, which is a remake of a popular French film.

Ashley's character has been described as "Cyrus's nemesis in a coming of age story that takes place in the age of Facebook, iTunes and Youtube."

Demi Moore and Thomas Jane are also onboard the project, which is being produced by Michael Shamberg and Stacey Sher.

Lisa Azuelos - who wrote and helmed the 2008 French movie - has written the new script and will direct the film, which begins shooting late next month.

Miley has previously spoken of her excitement at working with Demi on the movie.

She said: "We're good friends so I think it'll be fun to work with someone you like a lot. It makes it easier.

"I'm really looking forward to working with her and the French director."

Demi, 47, plays the role of Miley's mother in the movie, which tells the tale of a woman going through a mid-life crisis, something which the 'Hannah Montana' star thinks is "cool".

She said: "I think it's a really cool story. We're shooting it independently so we can do it with exactly the edginess we want."