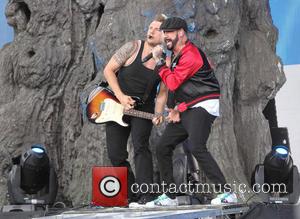 Backstreet Boys star Howie Dorough paid a surprise visit to a couple's wedding on Saturday (24Jan15) after fans started an online campaign for the band to attend their big day.

Last November (14), the pop singer was left inspired after reading an article in newspaper Florida Today, which featured then-engaged couple A'riel Tinter and her fiance Ryan Kastovich's plea to have one or all five Backstreet Boys attend their nuptials in January (15).

The couple posted a video on YouTube.com talking about their first meeting, which included a conversation about their mutual love for the I Want It That Way hitmakers.

After watching their video plea, Dorough, who lives in Florida, had been working with newspaper editors to coordinate his surprise visit.

Following their first dance as newlyweds on Saturday, A'riel and Ryan were handed a letter from the Backstreet Boys, who congratulated them on their marriage, and apologised for not being able to attend the big day for their "loyal and loving fans".

The wedding Dj then introduced Dorough to the reception hall, leaving the couple stunned and moved to tears.

Dorough told them, "I wanted to thank you guys so much for the wonderful invitation for us. I wish I was able to have all my guys here, unfortunately, it's a little tough getting everybody from all the different states to get together, but I live in the backyard here with you guys, and I'm very honoured to be here.

Dorough ended his visit by serenading the happy couple with the band's hit All I Have To Give.

Huffington Post: Backstreet Boys In 'This Is The End': Jay Baruchel On The Famed ... 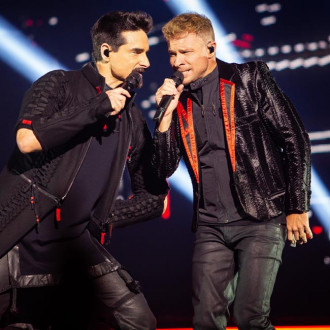