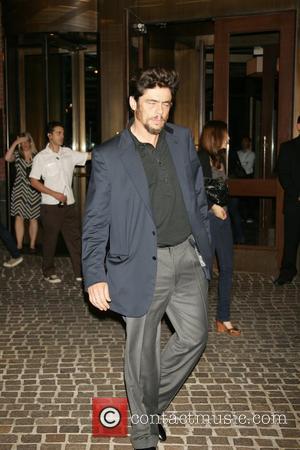 Benicio Del Toro has responded to reports of a raunchy tryst with SCARLETT JOHANSSON in a hotel elevator, insisting he isn't fast enough to get naked in the eight-storey Chateau Marmont Hotel.

Last year (FEB04) tabloids claimed the Lost In Translation beauty and Puerto Rican actor had been "all over each other" in the lift in the prestigious Los Angeles hotel following the Academy Awards.

Johansson later joked about the alleged rendez-vous, saying, "We were making out or having sex or something, which I think is very unsanitary."

In March (05), Del Toro said, "Did I ever have sex in an elevator with Scarlett Johansson after an awards show? I kind of like, you know, I, well. I don't know. Let's leave that to somebody's imagination."

In reflection, Del Toro adds, "The Chateau Marmont only has eight floors. I would still be struggling out of my leather jacket by the second floor and wouldn't even have my shirt off at the seventh."