'Drunk In Love' hitmaker Beyonce has been named as the inspiration behind a new 226-metre high skyscraper in Melbourne, Australia. 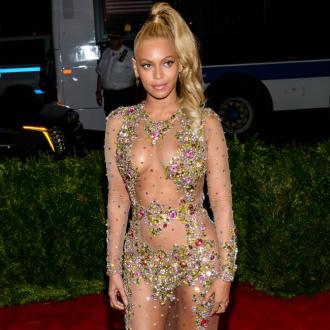 Beyonce is the inspiration behind a new 226-metre high skyscraper in Melbourne, Australia.

The 33-year-old singer's curvaceous figure, as seen in the 'Ghost' music video, has provided the basis of Australian firm Elenberg Fraser's latest design.

The company said: ''For those more on the art than science side, we will reveal that the form does pay homage to something more aesthetic - we're going to trust you've seen the music video for Beyoncé's 'Ghost'.

''This project is the culmination of our significant research. The complex form - a vertical cantilever - is actually the most effective way to redistribute the building's mass, giving the best results in terms of structural dispersion, frequency oscillation and wind requirements.''

It's been confirmed the building will eventually accommodate 660 apartments as well as a 160-room hotel.

Meanwhile, Beyonce and her rap star husband Jay Z recently slipped down to second place, behind Taylor Swift and Calvin Harris, on the list of the world's highest-paid celebrity couple.

Their combined earnings were estimated by Forbes magazine to have been $110.5 million, much of which stemmed from their money-spinning On the Run tour, which was the fifth highest grossing excursion of 2014.