Following the departure of Brian Conley from I’m A Celebrity … Get Me Out Of Here! For health reasons, ITV have issued a robust defence of the medical examinations they run on the celebrities taking part in the Australian jungle.

Conley’s departure has caused fury among his family after the television personality was thought to have had a huge collapse leading to hospitalization. The signs became clear after he broke down following an argument with boxer David Haye on the program, subsequently going on to quit. Conley’s entire family are now in Australia and critics have suggested that the show’s network ITV haven’t been as thorough with physical and mental tests on contestants prior to the show as they should be.

However, in a statement reported by The Guardian, ITV said: “All contestants are assessed by independent medical experts before contracts are signed, and again before entering the jungle. We also have contact where necessary with the celebrities' GPs. Medical personnel are also available 24 hours a day in Australia to provide support if needed." Conley has admitted past battles with alcoholism and depression, but before the show had insisted how much he was looking forward to his experience Down Under. "I am 51 and this is an experience that money cannot buy," he said. "This is a trip I will take to my grave and I will never forget."

Serious concerns have been raised about the TV show I’m A Celebrity … Get Me Out Of Here!after one of the contestants this year, Brian Conley, quit the show following a huge collapse. The reality show sees the celebrities taking part have to undertake a series of medical tests before being allowed to enter the Australian jungle; however there have been accusations that these haven’t been taken seriously enough after TV personality Conley reportedly suffered a huge collapse.

A source told The Sun that Conley’s family rushed to Australia to by his bedside, including wife Anne-Marie. “She couldn’t believe how much he’d changed after ten days in the jungle. He looks really unwell and vulnerable” said the insider. “He’s lost a lot of weight and is exhausted. Doctors have prescribed lots of rest until he recovers. Anne-Marie was hugely supportive of Brian’s decision to go on the show, but now you can’t blame her wishing he hadn’t. She wants to know how this happened and why bosses did not intervene earlier” she added.

It was apparent pretty quickly that all was not well with Conley, who has battled depression and alcoholism in the past. He burst into tears after an argument with David Haye, and was seen tearing into TV chef Rosemary Shrager. A statement from ITV said: “The safety and welfare of our contestants is of paramount importance. All contestants are assessed by independent medical experts. We also have contact where necessary with the celebrities’ GPs. Medical personnel are also available 24 hours a day to provide support if it is needed.”

By Michael West in Lifestyle / Showbiz on 09 November 2012

Helen Flanagan could sit out of the gruelling challenges on this year's I'm A Celebrity Get Me Out Of Here because of concerns over her panic attacks. The former Coronation Street star has reportedly asked to be exempt from the infamous bushtucker trials, according to The Mirror.

Flanagan was announced as part of the 10-strong team for the latest instalment of the jungle reality show, which also includes boxer David Haye and Eastenders actress Charlie Brooks. One unnamed celebrity feared they could end up doing more tasked because of Flanagan's free-pass, telling a friend, "It wouldn't be fair on everyone else as producers wouldn't want to take any chances..You have to question how many tasks she could miss." The actress wouldn't be the first to sit out of tasks, with nutritionist and television personality Gillian McKeith allowed to be exempt a couple of years ago. Helen, who played Rose Webster on Corrie for years, is reportedly getting around £150,000 for her two-week stint in the jungle and has been installed as third favourite with the bookmakers, behind Haye and comedian Brian Conley.

Flanagan, who is dating Manchester City footballer Scott Sinclair, had to briefly stop filming Coronation Street after suffering from panic attacks on-set. "I didn't know what might have caused it. I am trying to work out what triggers them," she said at the time. 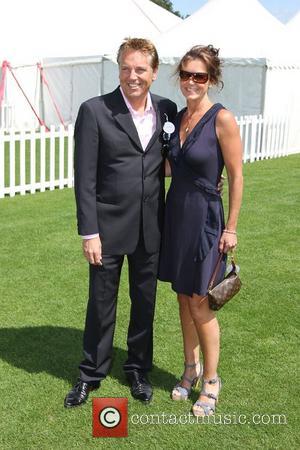