Calvin Harris has reportedly banned Taylor Swift from writing songs about him as he thinks it will ''demean'' her. 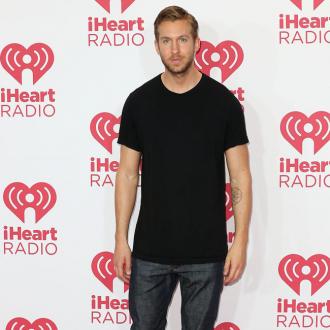 Calvin Harris has banned Taylor Swift from writing songs about him.

The 'Feel So Close' hitmaker has reportedly asked his rumoured girlfriend to not use him as inspiration for her songs because he feels it ''demeans'' her.

A source said: ''It was the white elephant in the room, but it's been on his mind, so he confronted her about it last week, telling her he doesn't want her to do that to him.''

And Calvin is believed to be worried that he will become the subject of a ''revenge'' song written by the 'Shake It Off' hitmaker, who has previously dated the likes of Harry Styles, John Mayer and Jake Gyllenhaal.

The source added: ''[He] doesn't want to join the ranks of Swift refugee boyfriends who've been humiliated by one of her revenge songs.''

Despite not wanting a song written about him, the 31-year-old DJ is supposedly desperate to make music with the 25-year-old star.

An insider said previously: ''Calvin doesn't just want to date Taylor. He's desperate to make sweet music with her. With his beats and her pop melodies, Calvin thinks they could produce a number of big hits together, and he's always been a big fan of Taylor's work.

''At the BRITs they discussed the possibility of exploring that, as well making sure they meet up in the U.S. in between his regular DJ residency at Hakkasan in Las Vegas. It could be the start of a beautiful relationship professionally and personally, both are very talented artists and it would be a dream for their record labels if they teamed up.''