Carly Rae Jepsen and Owl City will not be receiving any loyalties form their duet 'Good Times' any time soon due to a lawsuit that was filed back in 2012. 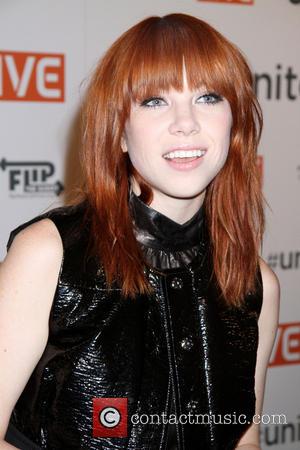 Caryl Rae Jepsen and Owl City, real name Adam Young, are likely not to receive any loyalties from their collaboration on the hit track 'Good Times'.

This is due to a lengthy lawsuit which was first filed in 2012 by singer Ally Burnett, who sued the pop singers for copyright infringement on their 2012 summer song.

Mrs Burnett claims 'Good Times' has been lifted from her track 'Ah, It's A Love Song' which s off her 2010 EP 'The Takeover'.

Along with suing the artists, Ally also took legal action against their label, the publishing company BMI and other outlets connected to the song.

According to TMZ, the case has not yet been cleared but BMI has made a financial agreement with the disgruntled singer/songwriter's publishing company, placing the total amount of $804,156, royalties earned from 'Good Times', in escrow.

This money will be unobtainable by either Jepsen or Young until the court preceding is complete.

This transaction was agreed upon only if Burnett drops the lawsuit against BMI.

The fairly large amount of money will be held by a third party until it is determined if Jepsen's and Owl City's duet infringed on Burnett's song.

The 'Call Me Maybe' singer doesn't have too much time to ponder the legal battle as she is preparing to hit the stage in her Broadway debut. Jepsen landed the lead role in the musical production 'Cinderella, staring Feb 4th.

Listen to both tracks below, are their similarities?