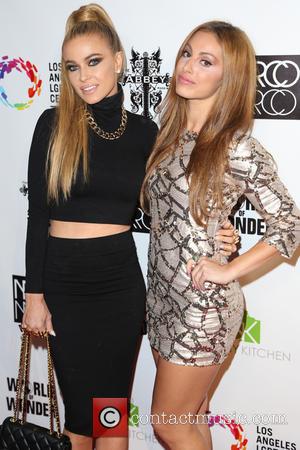 Model/actress Carmen Electra knew she had made a mistake marrying basketball player Dennis Rodman almost immediately after they exchanged vows in Las Vegas.

The former Baywatch star began dating the eccentric sportsman in 1998, shortly after losing her mother, and Electra admits her wild side came out as part of a period of "self-destruction".

Discussing the brief relationship on Oprah Winfrey's Where Are They Now? show, she explains, "I went into self-destruction (mode after losing her mum) and I remember meeting Dennis. Dennis was the life of the party; he was fun. I started drinking. People couldn't understand why I loved him because he had a reputation for being a bad boy and what I saw at the beginning was, sort of, this gentle giant that was in a lot of pain. In a way, we kind of understood each other.

"Our relationship was very passionate. When it was good, it was amazing. And when it was bad, it was the worst."

Electra reveals she had not allowed herself time to mourn her mother's death when she agreed to become Mrs. Rodman in an impromptu ceremony in Sin City after a whirlwind courtship, and she soon regretted walking down the aisle.

The busty beauty continues, "It was so fast, it was so spontaneous and I remember right after (exchanging vows), I felt like, 'Oh God... what did we just do...?'"

Electra realised she had been bottling up the pain of her mother's death while tuning in to an episode of The Oprah Winfrey Show and knew then what she had to do.

She adds, "We were probably married for about a year... and I remember I was watching Oprah and she said, 'In order to heal, you have to feel'. And that's when it clicked - I was like, 'I'm not feeling I lost my mum, I'm not feeling that because I have just made my life chaos and blocked that out.'

"I took quite a bit of time and I started working on myself, started getting myself together."

Electra wasn't the only one who thought the marriage was a mistake - Rodman filed for an annulment nine days after the wedding, but they later reconciled and mutually agreed to divorce in 1999.