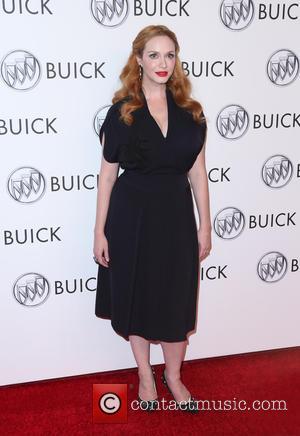 The (500) Days of Summer star wore a Brooks Brothers glen plaid suit when he exchanged vows with the actress in 2009 - and the couple was invited to dream up special memories from the big day for the new My Brooks Brothers Story initiative.

Tony Goldwyn is also among the actors taking part in the nostalgic series of ads - the TV president recalls wearing a Brooks Brothers suit to the White House Correspondents Dinner, where he met the real U.S. leader, President Barack Obama.