An Advert Starring Actress Christina Hendricks Has Been Banned From U.k. Tv Screens For Misleading Viewers About Hair Dye. 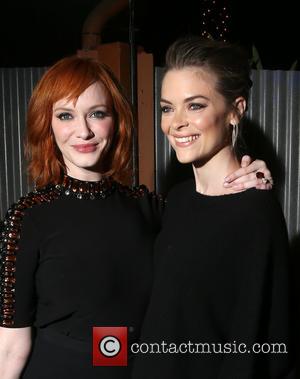 Executives at the U.K.'s Advertising Standards Authority (ASA) launched an investigation after experts complained this change could not be achieved with the dye on its own.

ASA bosses have now ruled the campaign breached a number of rules by exaggerating the product's effects.

In their verdict, they write, "We considered the evidence was not adequate to demonstrate that the effect shown in the TV ad could be achieved using the product alone... Because the visual claim had not been substantiated, and given that the sequence in which the model's hair was coloured leading up to the TV shoots did not match the depiction in the ad, we concluded that it misleadingly exaggerated the capability of the product."

The advert has been banned from broadcast in its current form.