Christopher Eccleston has revealed the latex ears he wore for his role as Malekith the Accursed in 'Thor: The Dark World' used to get stuck in his own ear holes.

Christopher Eccleston says the latex ears he wore for 'Thor: The Dark World' left him covered in rubber.

The 49-year-old actor takes on the role of villain Malekith the Accursed - the ruler of a race of dark elves - in the new Marvel superhero blockbuster and he admits the rubber that was used to create his prosthetic ears used to get lodged in his own ear holes.

Quizzed if he was tempted to keep any souvenirs from the lavish set, he said: ''I used to bring home lots of latex in my ears every night! Not sure if that counts. When you've done so much and actually take something, you end up with a house full of it.''

The former 'Doctor Who' actor wasn't nervous about joining the cast of the 'Thor' sequel and says the returning stars - who include Chris Hemsworth, who plays the titular hero, and Tom Hiddleston, who portrays Loki - were incredibly welcoming on set.

Eccleston told Total Film magazine: ''They made a real effort, almost like a repertory of theatre actors to make myself and Adewale Akinnuoye-Agbaje feel welcome. And of course you've got to go into these things with an open heart and not with your guard up. Chris and Tom, Sir Anthony Hopkins, all of them were fantastic to me.

''They've got a good sense of humour between them. I think you see that in the screen time they spend together when they're in Asgard and they're boozing and all that. I think that really does exist among them to a certain extent.'' 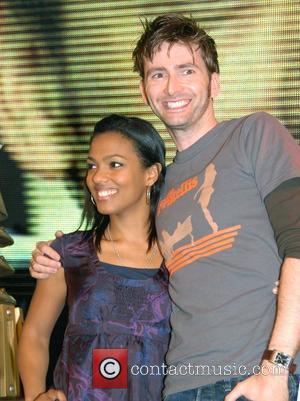