Continue reading: Is There A JK Rowling Book Which May Never Be Published?

After 27 years as a political correspondent, the popular 'State of the Union' talk show host leaves the network.

It’s the end of an era at CNN as journalist Candy Crowley, a longstanding political reporter, is leaving the company after 27 years. She was CNN’s chief political correspondent.

Crowley, 65, was the host of CNN’s Sunday morning talk show ‘State of the Union’, a political magazine show that rounds up the week’s most significant news, and puts politicians, senators, Cabinet members and the like under the media spotlight through candid interviews. Piers Morgan has abruptly announced his departure from CNN, but is he sending out a message to potential suitors?

Piers Morgan, whose brash interviewing style looked like it may even work stateside for a short period, has left CNN, announcing his departure on Twitter. The 49-year-old never reached the venerable heights of his processor 'Larry King Live' and although proving hugely entertaining at times, he is now no longer an employee of the network. Morgan's primetime show was cancelled six months ago but, according to the Guardian, he apparently remained on the payroll as negotiations continued over a new role at the network. However, when offered the chance by CNN boss Jeff Zucker to host 40 interview specials over a two-year period, Morgan declined.

The political comic has serious issues with CNN and their reporting

John King’s erroneous report that a suspect had been identified in conjuction with the Boston bombings triggered a trail of CNN slip-ups on which Daily Show host Jon Stewart made them pay. Chris Cuomo, Fran Townsend and King tried to put the error down to third parties, dodgy sources and mystical events.

“There’s clearly something afoot today,” said King, possibly trying to pin the blame on Harry Potter. “We’re getting some conflicting reports about an arrest,” said Coumo. “The information has been dribbling and drabbling—there’s obviously been a lot of confusion,” added Townsend, using words that don’t really mean anything to explain what happened. Cuomo then summed it all up by saying: “We don’t know what’s right or not right at this point, and as Anderson always says, you don’t want to go down the road of speculation wrongfully.” Well, step in Mr. Stewart, who always knows the right (funny) thing to say. “Well, that’s what you were doing!” he said/screamed in reply.

Jake Tapper leaves ABC, The Hollywood Reporter has informed us. The network’s White House correspondent will be leaving to join CNN, where he will become their own chief Washington correspondent.

Tapper will also be hosting a weekday program on CNN. The move marks the end of four years as the White House link at ABC, where he has worked since the 2008 political elections. Tapper was also sent to cover Obama’s campaign during the 2012 elections.

The news of Tapper’s departure was broken by ABC’s president Ben Sherwood, who sent an email to the network’s staffers yesterday (December 20, 2012). The email also announced that Jonathan Karl would be promoted to the slot left vacant by Jake’s departure. “For years, Jake has set the pace for the White House press corps," the email read. "A ferocious reporter – and now a best-selling author - he has built a reputation as one of the most prolific and multi-talented journalists on the beat, scoring scoop after scoop.”

CNN have announced the creation of CNN Films, a new arm of the CNN empire that will source feature length documentaries to be aired on CNN and CNN International, as well as receiving distribution in movie theatres. The news was announced by Mark Whitaker, who revealed that the first film to be released by CNN Films will be Girl Rising, which features the voices of Meryl Streep, Anne Hathaway and Selena Gomez.

Girl Rising is the movie that inspired a global action campaign that was launched in order to promote education for girls, called 10x10. The documentary tells the tale of girls from around the world, all fighting to overcome “impossible odds” in order that they can realize their dreams. This inspirational tale will reportedly be aired in Spring 2013. “CNN Films will bring distinguished, thought-provoking documentary programming to our global audiences on all our television, online and mobile platforms,” said Whitaker, and added “We want these documentaries to tell compelling stories and stimulate important discussions across CNN’s other programs and websites.”

CNN plan that the documentaries will span a variety of subject matters, including politics, as well as social and economic subjects. The premiere of each movie will be accompanied by a series of programs related to the subject matter in question. The CNN reports revealed: “In-depth interviews, expert commentary, roundtable discussions, debates, and behind-the-scenes footage will be featured across all of CNN’s broadcast and online platforms. 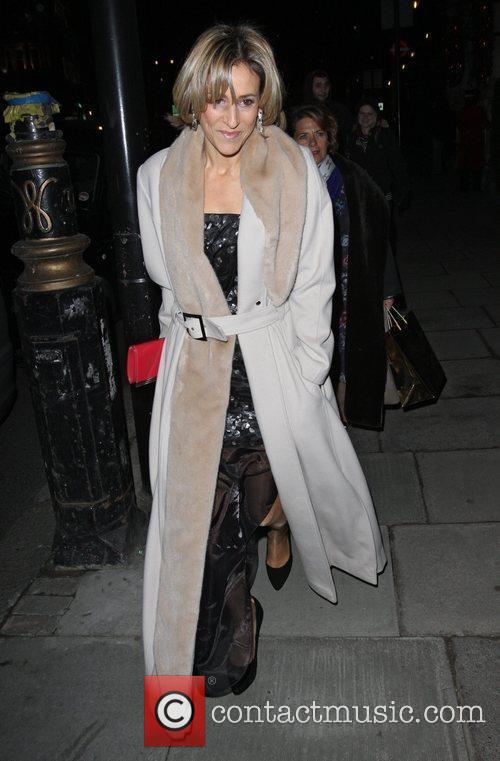