Courtney Love worries about being a role model far more now than she did when she was younger. 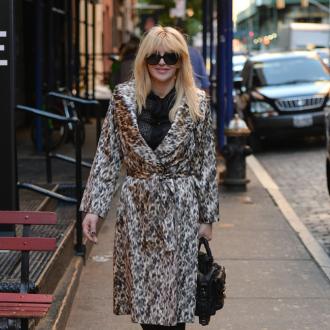 Courtney Love worries about being a role model.

The 49-year-old star - who was married to late Nirvana rocker Kurt Cobain, whom she had 21-year-old daughter Frances Bean - insists her attitude in the public eye never used to bother her but as she ages she understands the implications of her behaviour.

She explained: ''I never used to think about being a role model for girls, but I do now. I have a 21-year-old daughter and I realise how our actions can create copycat desires. A lot of the time when I was younger I had this real attitude of, 'F**k you, you suck!' to everything, but these days I don't really need the bullsh*t of that stuff.

The Hole singer also recognises that she doesn't have a sparkling reputation since she can be a ''b***h''.

Courtney added to Kerrang! magazine: ''I'm like a comic book villain. If this was Batman I'd be the Joker's daughter. Let's face it I have a terrible reputation. I'm kind of a b***h sometimes and I've been known to slag other artists off. But come on! They slag me off, too!''