Could Dakota Johnson Be Heading For A '50 Shades' Exit Too?

Like Charlie Hunnam, the actress is finding the pressures of the job too much to handle 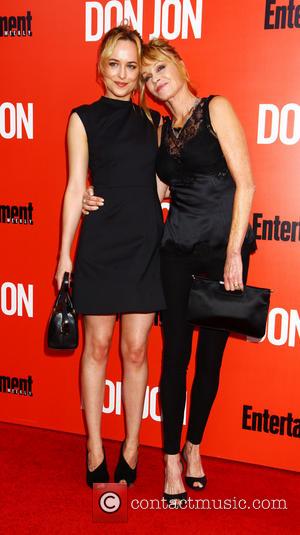 Dakota Johnson is feeling apprehensive about her part on the upcoming movie adaptation of EL James' 50 Shades of Grey. Like her former co-star Charlie Hunnam, the immense pressure that comes with the coveted role is proving to be a heavy weight to bear, one that she is finding increasingly difficult to keep balance with.

Last week, the 50 Shades of Grey movie was delivered a major blow when lead actor Hunnam dropped out of the project. His reasons for leaving were initially said to be because of his overwhelming work load, however ater reports stated that his exit was more to do with the sheer pressure that came with the job and the limelight that seemed to follow him everywhere since his part in the project was confirmed. Now reports are suggesting that Johnson too could be on the way out.

"Dakota is having a very hard time dealing with all the press," a source close to the actress told E! News. "When she first got the role, it was way too much for her."

The source then went to discuss how difficult Dakota is finding the transition from being relatively unknonw, to someone that "everyone wants a piece of," as they continued; "It's been tough [for Dakota]."

It probably hasn't helped Dakota's confidence that her appointment, much like Hunnam's, was met with jeers from the book's sternest fans, who complained the actress didn't fit into the keen description James had written of protagonist Anastasia Steele in the book. A petition was set up by fans shortly after the appointment, asking the producers of the film to reconsider both castings for someone more fitting.

Johnson's rep refused to comment on the rumours surrounding the actress and her continued involvement in the project. Hunnam dropped out of the project last week Could Johnson be heading for the door too?