The original ABC series of Full House aired between 1987 and 1995. It followed Danny Tanner (Bob Saget), a widowed father, as he raised his three daughters - D.J., Stephanie and Michelle - in San Francisco. Candace Cameron and Jodi Sweetin played two of the eldest daughters whilst Mary-Kate and Ashley both played the same character, the youngest daughter Michelle. Also on hand to help out with Tanner family were Uncle Jesse (John Stamos), Coulier's character, family friend Joey Gladstone and one of the daughter's friends, Kimmy Gibbler (Andrea Barber).

The series will return to television via Netflix which ordered a 13-episode season last month and the series will be available on the streaming service in 2016. John Stamos is returning to Full House, renamed Fuller House, as Uncle Jesse and will also have a producer credit. Cameron, Sweetin and Barber are all set to return whilst some of the remaining cast members - including Saget and the Olsen twins - are in talks to reprise their roles.

The upcoming series will, according to reports in THR, centre on D.J. and Stephanie who are still living in San Francisco. D.J. is a mother of two (soon to be three) who has been recently widowed and is bringing up her two children alongside Stephanie's feisty teenage daughter.

Yes, I'll be on the Fuller House reunion. And this guy, Mark Cendrowski will be directing. #cutitout 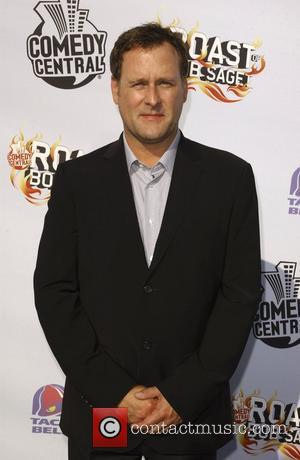