The Green Day-inspired musical 'American Idiot' is to be turned into a feature film with the group's lead singer Billie Joe Armstrong asked to play the main role. 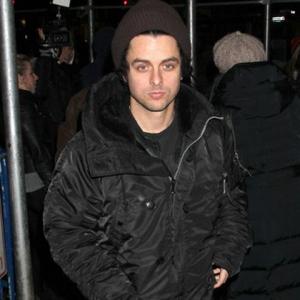 The Green Day-inspired musical 'American Idiot' is to be turned into a feature film.

The Broadway stage production - which uses the songs of the band's seminal 2004 album to tell the coming-of-age story of three small-town guys - is set to close on April 24 and 'Milk' screenwriter Dustin Lance Black is in talks to write The Script for the cinema version with Michael Mayer directing.

It is expected Green Day lead singer Billie Joe Armstrong will be asked to play the role of the drug dealer St. Jimmy, Deadline.com reports.

Before the musical opened last year it was optioned by Playtone partners Tom Hanks and Gary Goetzman, who previously turned the stage hit 'Mamma Mia!' into a smash hit movie.

When the musical first came out in 2010, Billie admitted he was very proud and pleased with the production.

He said at the time: "It moves people. I think it's the same reason why you would want to go see a band play live, you know?

"It's a record that's coming to life, it's in your face, and it's a story.