Bruce Willis will make his Broadway debut later this year, in a production of 'Misery'. 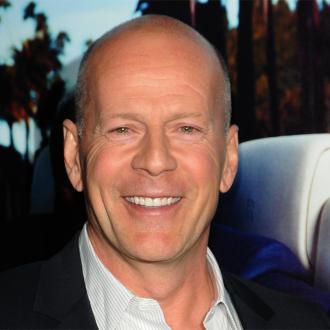 Bruce Willis is heading to Broadway.

The 59-year-old actor will make his debut in New York's theatre district this autumn, when he stars in the stage adaptation of Stephen King's novel 'Misery'.

The 'Die Hard' star will star opposite Elizabeth Marvel in the production, which tells the tale of a murderous fan who rescues her favourite romance novelist, Paul Sheldon, after he is involved in a car accident.

All is well as she nurses him back to health, until she finds his new manuscript and discovers he plans to kill off a beloved character named Misery Chastain. The author is forced to write a new story while plotting to outwit his captor.

William Goldman is writing the play, having previously adapted the novel with the author for a 1990 movie, which starred James Caan and Kathy Bates.

The production will be directed by Will Frears, who previously took charge when the play debuted

at Bucks County Playhouse in 2012.

Warner Bros. are co-producing the show with Raymond Wu and Castle Rock Entertainment but not venue or dates have been set yet for the ''strictly limited engagement''.

While this is Bruce's Broadway debut, he previously understudied Ed Harris in 1983 off-Broadway show 'Fool for Love'.

'House of Cards' actress Elizabeth most recently appeared on Broadway in 2013, in a revival of 'Picnic'.