The filmmakers behind this pre-teen adventure admit that they were trying to combine the magic of E.T., Stand by Me and The Goonies, but they've forgotten that none of those complex, deeply involving classics ever talk down to their audience. By contrast, this movie is painful viewing for anyone over about age 12, as it indulges in shamelessly cute imagery, seasick hand-held camerawork and superficial emotional catharsis.

It's set in rural Nevada, where a new freeway is cutting through a suburban community, forcing families to relocate, which is devastating to three 13-year-old pals who grew up together. Tuck (Brian Bradley, better known as the rapper Astro) decides to videotape their last night together, as he teams up with Munch and Alex (Reese Hartwig and Teo Halm) to investigate some mysterious images on their phones, which seem to be leading them out into the desert. There they find a chunk of steel that takes them on a scavenger hunt, adding bits and pieces until it emerges as an adorable owl-shaped alien, which the boys name Echo. Inexplicably joined by hot girl Emma (Ella Wallestedt), who won't give them the time of day in school, they spend the night trying to outwit the freeway construction boss (Jason Gray-Sanford) and help Echo get home.

Most of these kinds of films sink or swim on the talent of their young actors, but it's impossible to tell how good these actors are, since first-time feature director Dave Green directs them to over-stated performances while forcing them to deliver first-time feature writer Henry Gayden's ridiculously trite dialogue. Every moment of "wonder" is so heavily telegraphed and pushed that any sense of discovery is lost. Even their school-nerd personas are contrived and unbelievable, as is Tuck's ability to capture every significant moment with one of his gadgety cameras, even in moments of high panic. The idea of him shooting and editing their last night together, which turns out to be rather enormously momentous, is a clever one, but the added melodramatic touches undermine the plot by trying to force it into a standard adventure formula.

Let the critics help you decide whether to head out to see 'Earth To Echo' this weekend.

Heading to the movies this weekend? Many of you will be and, if film forecasts are correct, plenty of you will be headed to see Dave Green's new feel-good family sci-fi adventure, Earth To Echo. A three-way cross between E.T., The Goonies and Super 8, Earth To Echo looks set to become a modern science fiction classic. A string of positive reviews won't exactly hurt either.

Tuck (Astro), Munch (Reese Hartwig) and Alex (Teo Halm) are three best friends who are faced with the arrival of a huge construction project that is splitting up their neighbourhood. As one final adventure together, the boys decide to investigate the strange coded messages and maps they keep getting on their cell phones.

After cracking the code, the boys stumble across an adorable unearthly creature who seems to possess the power to construct objects with its mind. They decide to name the incredible alien Echo and decide to help it get back to its home against all odds.

Continue reading: ‘Earth To Echo’ Released, But Is This Family-Friendly Alien Adventure Worth Watching?

Tuck, Munch and Alex are three young boys who make the discovery of a lifetime during an adventure on which they embark to discover what's going on behind the unusual coded messages on their cell phones. Filming their journey, they come across a shy but utterly adorable robotic alien creature with big lights for eyes who appears to possess a variety of unusual properties. It communicates with a series of strange electronic clicks and whirrs, it can't walk or fly but it can float along on the air, it can send electronic impulses through its limbs and can scan objects around it with its eyes. They attempt to help the creatute - which they christen Echo - become more mobile, while trying to discover whereabouts in the galaxy he has fallen from. They want to help Echo return home, but when the previously sceptical grown-ups start to get involved, they're inviting a whole load of danger.

'Earth To Echo' is a heart-warming sci-fi reminiscent of the likes of Steven Spielberg's benign alien movie 'E.T. The Extra Terrestrial'. It has been directed by Dave Green ('Zombie Roadkill') and written by Henry Gayden with Andrew Panay (producer of 'Wedding Crashers' and 'When in Rome'), and it is due to hit the UK on July 25th 2014. 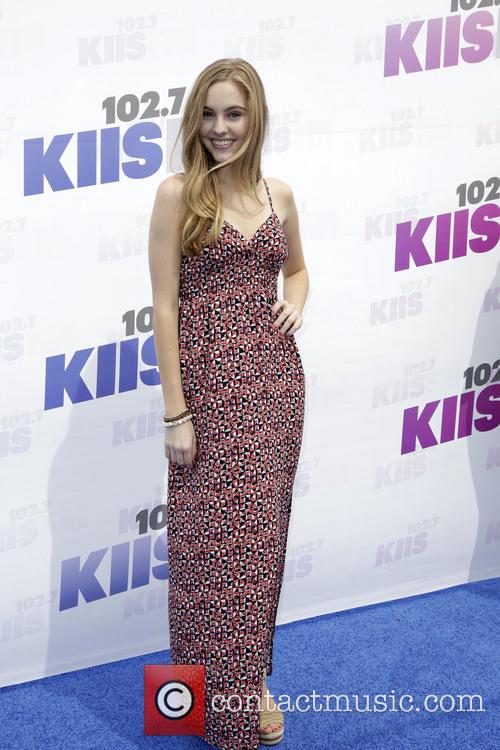 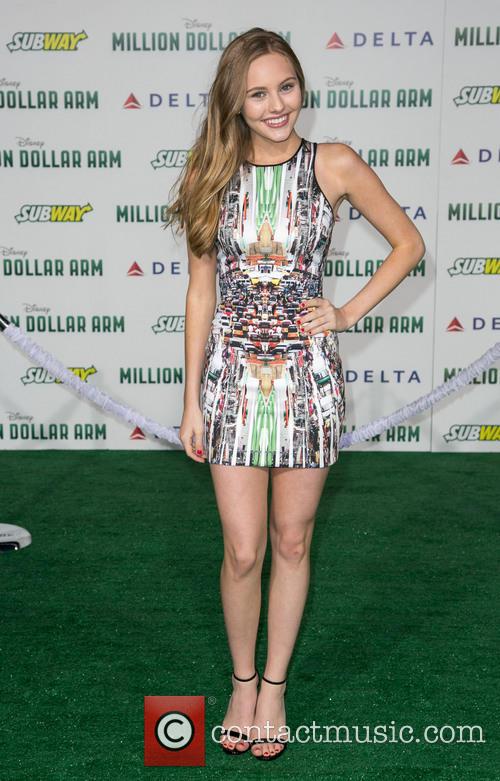 The aliens have landed in this 'E.T'/'Super 8' hybrid.

The trailer has been released for new sci-fi movie Earth To Echo, the latest movie to feature aliens on Earth. Due for release in summer this year, the family friendly sci-fi adventure is directed by Dave Green ('Zombie Roadkill') and written by Henry Gayden and with Andrew Panay (producer of 'Wedding Crashers' and 'When in Rome'). A Group Of Friends Make An Otherworldly Discovery In 'Earth To Echo.'

The film marks a return to the Spielbergian filmmaking and evokes the wonderment and emotion of E.T. mixed with the drama and realism of found footage thriller, Super 8. The kids central to the film's plot track their movements with a camcorder, which lends a real intimacy and personality to this exciting summer release.

Tuck, Munch and Alex are best friends who are tired of feeling socially invisible. All they feel they have is each other - and even that is something they will no longer have with the arrival of a huge construction project that will force all the residents of their neighbourhood to move away to different areas. In their last adventure, they discover that their cell phones have been acting up sending strange coded messages and an unusual map to each of them which both the police and their parents immediately dismiss. They decide to try and crack it themselves, filming their escapade along the way, and wind up stumbling across an adorable unearthly creature in the dark who seems to possess the power to construct objects with its mind. The friends name the alien Echo and decide to help it get back home, however when the grown-ups get involved, they find that they're all in some serious danger.

Tuck, Munch and Alex are three best friends who are about to make the discovery of a lifetime after strange events start occurring as their town becomes subject to a major construction venture. The boys start to receive a string of odd messages written in code on their cell phones - something they report to both their parents and the police when they persist. When their concerns are dismissed, they decide to try and decipher the code themselves, while also searching for the sender. They discover a strange canister by the construction site that, on close inspection, appears to emit some unearthly noises. Initially thinking it's a bomb, the terrified boys retreat, but they soon discover that their text messages are SOS calls from the object, which contains an abandoned alien creature in dire need of their help.

The filmmakers behind this pre-teen adventure admit that they were trying to combine the magic...