Evanescence Singer Adjusting To Being A Rock Star

Evanescence's Amy Lee is still adjusting to being a rock star on stage again, after the big gap between the band's second and third albums. 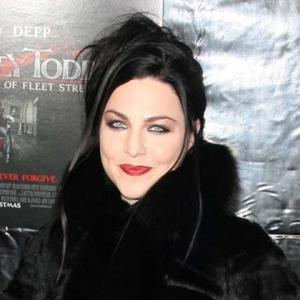 Evanescence's Amy Lee is still adjusting to being a rock star on stage.

The singer with the 'What You Want' group admitted during their five year hiatus between second album, 'The Open Door', in 2006 and their self titled third album earlier this year she has forgotten how to carry herself on stage.

She told Kerrang magazine: "I had definitely assimilated back into normal life, so I'm still trying to remember how to adjust into being a rock star onstage and know how to say stuff in between songs that doesn't sound stupid."

Amy - who is in the band with Terry Balsamo, Tim McCord, Troy McLawhorn and Will Hunt - is currently touring the US but already looking forward to when the band can next come to play in Europe because the crowds are so "rowdy".

She added: "We love playing in different countries. I love our fans in the States, but it seems like more of a special event when we leave the US.

"Europeans tend to be a little more rowdy. We definitely have a cool fan base there - our London show sold out so fast that they added another night. We're excited to give the fans what they want." 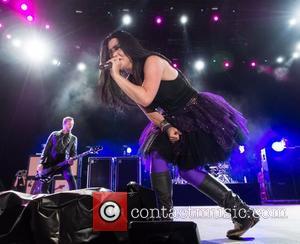