Game Of Thrones Star Nikolaj Coster-Waldau Fears He Has Blown His Chances Of Ever Working With His Comedy Idol Louis C.k. After Making A "Complete Fool" Of Himself When They Met At The Emmy Awards. 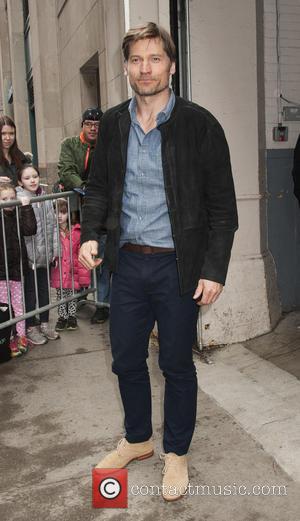 The Danish actor reveals he lost his cool after coming face-to-face with the funnyman at the awards one year, and Louis C.K. ended up walking away from him.

He says, "There's one show I'm obsessed with, the show Louie... I'm a real fan of his (Louis C.K.), he's just amazing. I actually met him and made a complete fool of myself, it was really embarrassing.

"We (Game Of Thrones stars) were nominated at the Emmys so we were invited out there (to Los Angeles) and I was standing with all these people and then he was there and he was really kind. He said, 'You know, I love your show', and it was amazing and instead of just being cool and just saying, 'Thank you' and that was it, I couldn't... I was like, 'I just wanna say I love your show, I... you're... you're so amazing in it, I feel really touched...'

"Oh God, it was horrible. You know the voice inside your head just goes, 'Stop! Stop! Don't say any more!' and he looked at me in just like, disgust and then he walked away.