Haim have a ''secret power'' because they are sisters, as they can intuitively predict what the other band members will do. 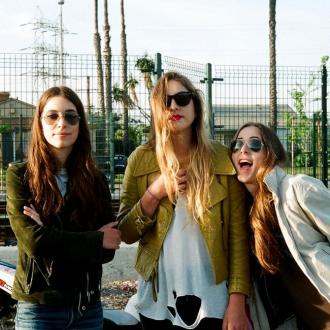 Haim have a ''secret power'' because they are sisters.

The 'Don't Save Me' band - Este, Danielle and Alana Haim- have been performing together since they were children making it much easier than playing with other people as they can pre-empt each other's moves.

Danielle said: ''It's not magic, it's just when you live in close quarters, you figure out every single thing about the other person. You know exactly where they're gonna go next, musically. It's definitely a secret power.''

Danielle added she tried to form a band when she was at school, but it didn't work out an she was quickly kicked out.

She explained to NME magazine: ''I had a band for one day in middle school. We all said we'd start a band. But then I got really frustrated with them. I was like, 'How can you not know C, G and F chords? I made them all cry and they kicked me out of the band.''

Haim are currently working on their debut album in Los Angeles.