Henry Cavill has revealed that he would be happy if he had to play the role of Superman for the rest of his life. 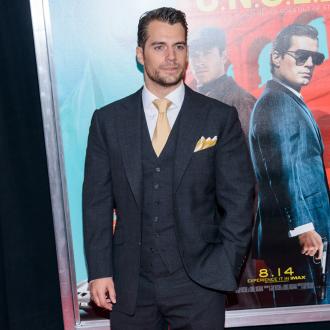 Henry Cavill would be happy to play Superman forever.

The 32-year-old is the latest actor to take on the role of Clark Kent and his alter-ego with 'Man of Steel' in 2013 and the upcoming 'Batman v Superman: Dawn of Justice' and 'Justice League: Part One' and would be content to star as the superhero for as long as possible.

He told The Guardian newspaper: ''It's a wonderful role. There's a huge potential there for complex storytelling, and I'm looking forward to exploring those avenues. Come on, it's Superman! You can't be p****d off at the idea of playing Superman for the rest of your life.''

He jokingly added: ''Oh sorry, I'm just the grandaddy of all superheroes. It's such a pain.''

However, Henry is branching out to play CIA agent Napoleon Solo opposite Armie Hammer as his KGB counterpart Illya Kuryakin in director Guy Ritchie's 'The Man From U.N.C.L.E.' and said the bromance between the pair onscreen occurred because they are all so comfortable with their sexuality.

Of the movie's reported gay vibe, he said: ''It's not deliberate. It isn't like we said, 'Let's gay it up a bit.' But two male leads, a buddy movie - it's going to happen. If it plays that way, I think it's because Armie, Guy and myself are comfortable with our sexuality, so we're not fearful of coming across as homosexual.

''A lot of straight guys would be like, 'Oh, that's a bit gay, I'm not doing that.' But I'll happily stand with my arm around my best mate in a pub. Not a problem.''