Gary Barlow has been inundated with requests to play at some unusual weddings following his promise to perform for three couples this year.

Gary Barlow has been asked to sing at ''swingers'' weddings.

The Take That frontman recently announced he will secretly perform at the nuptials of three of his biggest fans this year and has been deluged with requests to perform at unconventional marriage ceremonies, including those of partner-swapping couples and Disney, Barbie and 'Star Trek'-themed celebrations.

He said: ''I've had some great offers. I've had a couple of swingers weddings offered, three Star Trek weddings, a Barbie wedding, a Disney wedding and a couple getting married on a rollercoaster. So all different things, but the weddings I'm doing are all surprises.''

And Gary's bandmate Howard Donald - who married girlfriend Katie Halil in a secret ceremony earlier this month - joked his wedding singer offer has sparked a flurry of proposals from fans who are desperate to meet their pop idol.

Speaking to Magic Radio's Jo Parkerson, Howard said: ''People are just getting married on purpose just so that Gary can turn up.''

''Every week I receive thousands of requests to sing at someone's Wedding !

''The only deal is they have to be HUGE fans.

And Gary even revealed he'd be happy to keep his appearance under wraps until afterwards.

He continued: ''I won't publish on here which weddings till after the event.

''In the past best friends have organised these things so if you want to keep a surprise no problem.''

Listen to the full interview on 24th January from 3pm on Magic Radio across the UK on DAB radio. Head to www.magic.co.uk for more. 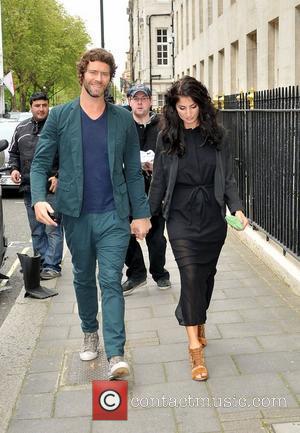