Jameela Jamil has defended her criticism of celebrities who promote diet products to their young fans. 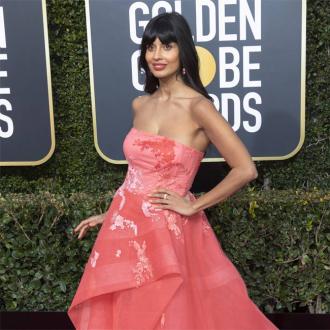 The 34-year-old actress and activist shared a clip of an old video of herself on Trevor Noah's 'The Daily Show' in which she hit out at stars promoting the diet products to their young followers.

She captioned the video ''Your photoshopped, surgically enhanced flat tummy, f**k off,'' but was furious when a fan called her out for shaming other women.

The fan sarcastically wrote: ''I love when feminists shame other women. It's the best,'' but Jameela insisted that the diet products are harmful and she was within her rights to blast women for promoting them.

She fumed: ''So women should get away with everything because they're women? With lying to women?

''With selling dangerous products to women? To making women feel bad about themselves?

''Men criticise other bad men all the time and aren't accused of being anti-male. Mollycoddling isn't feminism.''

The presenter and activist - who has previously shamed the Kardashians, Amber Rose, Cardi B, and Iggy Azalea - has said she has a ''moral responsibility'' to call out celebrities for their promotional posts and has no qualms about publicly slamming those who champion the weight loss products.

'I don't love or hate my body': Jameela Jamil on body neutrality