Jamie Dornan signs up for Fifty Shades of Grey 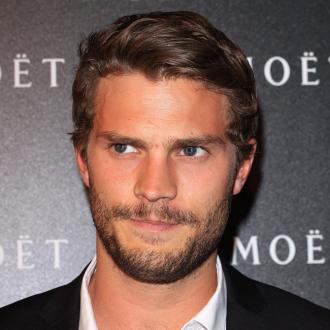 Jamie Dornan has reportedly landed the role of Christian Grey in 'Fifty Shades of Grey'.

'The Fall' actor - who was considered the top choice to replace Charlie Hunnam after he exited the project earlier this month - has been made a formal offer to join the Universal-produced movie, according to Variety.

The Irish star read for the part alongside leading lady Dakota Johnson, who will play protagonist Anastasia Steele, last Friday. 'The Hunger Games' star Billy Magnussen also read for the role, but producers appear to have opted for Dornan.

Dornan previously played Sheriff Graham on the first season of hit fantasy TV drama 'Once Upon a Time' and currently stars as a creepy serial killer in BBC thriller, 'The Fall', which also features Gillian Anderson of 'X-Files' fame.

Hunnam quit his role earlier this month and while Universal cited scheduling conflicts with his TV show, 'Sons of Anarchy', it's thought the actor felt uneasy with the attention his newfound fame will bring.

Production is set to begin on November 1 with Sam Taylor-Johnson in the director's chair.

Producers will now look to round out the rest of the cast, including the role of Kate, Anastasia's roommate and confidante.