Jamie Lee Curtis thinks Angelina Jolie is a 'heroine' for going public about her preventative double mastectomy after she managed to keep the surgery private. 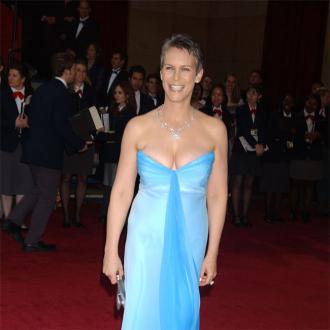 The 54-year-old actress has echoed supportive comments made by high profile breast cancer survivors Sheryl Crow, Kylie Minogue and Giuliana Rancic, and praised 'The Tourist' star, 37, for opening up about her drastic decision to have both of her breasts removed to reduce her risk of developing breast cancer after managing to go through the surgery in private.

In an opinion piece for the Huffington Post, titled 'Freedom of Choice, Freedom of Privacy', Jamie wrote: ''Ms. Jolie is a heroine to many. Me included.

''She is brave and bold and challenging. She challenges the world with her thoughts and actions and deeds. She tells stories that have meaning. She walks the walk, talks the talk and does so with jaw dropping beauty and admirable and seemingly effortless style.

''Surrounded by people she had to trust with this most delicate and sensitive of issues, she did it in the safety net of family and doctors and nurses and technicians who stuck with their original command: first, do no harm.

''They respected Ms. Jolie with her privacy and in doing so allowed her to share, if and when she wanted to, her journey with the public.''

Meanwhile, sources close to Angelina, who underwent the surgery after she was identified as carrying the BRCA1 cancer gene, revealed she spent a long time thinking about whether she would reveal her private struggle.

An insider told UsMagazine.com: ''This has been a private struggle for her. She put everything else on hold to deal with it.

''She debated coming out about, it but thought about it a lot and decided she could help others by sharing.

''It was a very hard decision, but she did it, and is glad she did it. She kept this very quiet until she was ready so she could go through it in peace.

''She discussed it with (her fiance) Brad (Pitt) and a few people in her life but very very few knew. She wanted to wait until it was over.''

Angelina now only has a five per cent chance of developing breast cancer and she admitted her and Brad's six kids - Maddox, 11, Pax, nine, Zahara, eight, Shiloh, six, and four-year-old twins Knox and Vivienne - were a big motivation for her to have the surgery because she wants to see them all grow up.

The insider added: ''The kids were wonderfully supportive. Everything she does she does to be there for them.''