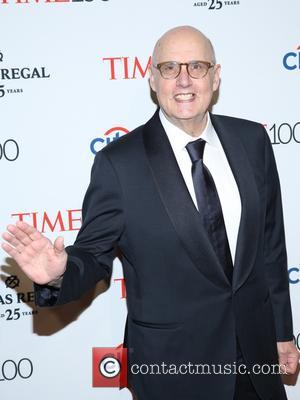 Picture: Jeffrey Tambor - Photographs from the TIME 100 Gala which honors TIME's 100 Most Influential People In The World. The even was held at Jazz...

The drama, based on the award-winning book by Elizabeth Stout, was feted with the Best Supporting Actor and Best Actress in a Movie or Limited Series for Bill Murray and Frances MCDormand, respectively, but neither were at the Los Angeles prizegiving to accept their awards.

The programme was also named the Best Limited Series, and director Lisa Cholodenko took the stage to accept the honour, but lamented that she was the only one on hand to receive the accolade.

She told the crowd, "Oh my God, they're all somewhere out there working. They actually have other jobs, it's incredible. I feel like I should be here with Fran and Richard (Jenkins) and Bill, and everybody else... I'm super proud of it... and all these wonderful actors and every creative spirit that came into this wonderful thing. Thank you, I'm so deeply appreciative and moved and sort of sorry I'm here to celebrate alone, but hey, thank you!"

Upon accepting the prize, he acknowledged how groundbreaking the programme has been for the transgender community, saying, "This is much bigger than me... I had an acting teacher who said, 'When you act, you have to act as if your life depends on it.' And now I've been given the wonderful gift of having a role where I have to act and we all have to act because other people's lives depend on it."

The veteran actress stunned fans when she accepted the trophy from guest presenter James Corden, as she planted a huge, long kiss on his lips, after he called her "one of the best actresses I've ever met".

In addition, Charlize Theron presented her A Million Ways To Die In The West co-star/director Seth MACFarlane with the Louis XIII Genius Award in recognition of his contribution to television. Upon accepting the honour, MACFarlane made light of the fact that he usually gets mixed reviews on his projects, and rarely receives positive recognition for his work.

He said, "I don't win a ton of awards so this is going to look great next to my soccer participation trophy from 1988... Let's put this in perspective here - being called a 'genius' in Hollywood is kinda like being called 'thin' at Disneyland - it's not at all that hard."

The ceremony, held at the Beverly Hilton Hotel, was hosted by TV personality Cat Deeley, who also earned the title of Best Reality Series Host for competition series So You Think You Can Dance.