Will the hoard get their way? 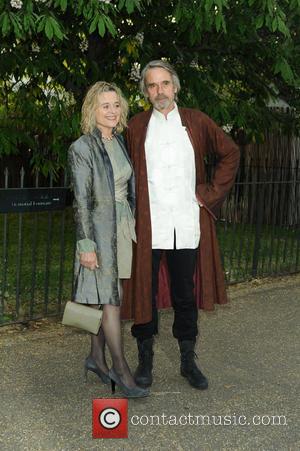 The boxset generation, usually passive, languid, have had enough. They’ve watched The Sopranos three times now. Their mate Tony won’t watch The Wire, and Breaking Bad isn’t back for a few weeks yet. Let the vitriol commence! And how dare you cancel The Borgias after only three seasons when it was meant to run for four. How dare you.

Hell hath no fury like a middle class TV fanatic scorned, and losing the historic Sky Atlantic and Showtime drama is scorn to the highest degree. I should clear something up here, though: when I say vitriol, what I really mean is a mild-mannered Twitter campaign, which, at the time of writing, has 933 followers and won’t make a single difference to anything that has happened or every will happen ever again.

"You can't do it all. I would love to do the final two-hour movie, but you have to marshal your resources and put it behind things that you think have future growth," David Nevins - Showtime entertainment president - told The Hollywood Reporter.

He did have a suggestion for the media-savvy army of boxset-buying after work-sofa-dwellers: Kickstarter. "Kickstarter seems to be the financing mode du jour," he said, hinting that he can’t be bothered to do anything about it, but if one terribly bored soul wants to plough their mid-30s into a two-hour film or a final season, then please, do that.

"I get a lot of emails from fans in Romania, Italy and Croatia, disappointed about The Borgias," Nevins said. "I would have loved to bring all the characters to a conclusion. All of the actors were heartbroken we couldn't continue, and so was I.” Jeremy Irons wants to know what happens in season four