Continue reading: Kermit The Frog Gets A New Voice

'The Dark Crystal: Age Of Resistance' is the prequel to Jim Henson's 1982 movie.

It's time to immerse ourselves in the world of Jim Henson as he launches a special prequel series to one of his most famous movies. 'The Dark Crystal: Age Of Resistance' comes to Netflix with 10 episodes of puppet mastery that will begin shooting later this year. More then 35 years since the release of Jim Henson's BAFTA nominated puppet fantasy 'The Dark Crystal', Netflix are unveiling a precursor to the story in the form of a series that takes place many years before events in the movie on the planet of Thra. Time To Magic Dance Again? Is ‘Labyrinth’ Really Getting A Sequel?

The story that the Jim Henson Company has been working on ‘Labyrinth 2’ has been doing the rounds on the internet for the past 24 hours, but should we start getting excited or not?

The news that there could be a sequel to 80’s cult classic Labyrinth has hit the internet hard. It’s been years since we've read so many mentions of David Bowie’s crotch and hair. But who could blame them? The idea of another Labyrinth movie really is enough to set imaginations and heart’s racing. But it's time to take a breather and ask, is it actually happening? David Bowie starred in Labyrinth back in 1986

The story that Labyrinth 2 (and seriously, they better not call it that) was in the works all started thanks to an article in Variety about Billy Crystal joining The Jim Henson Company’s new animated project Which Witch.

Continue reading: Time To Magic Dance Again? Is ‘Labyrinth’ Really Getting A Sequel?

A bakery in Northern Ireland has prompted a debate about gay marriage and equality after it refused to create a cake with a icing picture of Sesame Street's Bert and Ernie complete with the slogan 'support gay marriage".

A Northern Ireland bakery has been contacted by the government and is facing legal action after it refused to create a cake with an image of Sesame Street's Bert and Ernie and the words "support gay marriage" on the icing.  There has long been controversy surrounding the sexual orientation of the Sesame Street characters, which whilst an interesting point, isn't exactly the issue here. Ernie and Bert have sparked debate in Northern Ireland.

Jane Henson, Jim Henson's puppetry partner, has passed away, leaving the Henson legacy to their children

Jane Henson, the co-creator of The Muppets, has died at the age of 78, following a battle with cancer, Sky News has reported. Though her husband Jim was perhaps the better known of the pair, Jane was described by the Jim Henson Company as his “partner in marriage and Muppets.” Although Jane and Jim separated in 1986, the couple continued to share their passion for the company, as well as its vision. Jim died in 1990 at the age of 53 and two years later, Jane founded the Jim Henson Legacy, in order to preserve his artistic creations.

Though Jane was modest about her involvement in the success of The Muppets, others argued that in fact, she played a very important role in its development. Whilst Jane often said that Jim “wanted to leave the world a better place,” Arthur Novell, a trustee of the Jim Henson Legacy, said “they both did.” Jane and Jim met at a puppetry class at the University of Maryland and became creative and business partners. Little could they have known of the impending global popularity of their puppet creations. Their partnership went on to create shows such as Sesame Street, The Dark Crystal, Labyrinth, Fraggle Rock and the sci-fi series Farscape.

Now, the company is run by the couple’s children. Brian is the chairman, Lisa the chief executive and Cheryl is president of the Jim Henson Foundation, which aims to promote puppetry throughout the USA. A statement from the company said that the Hensons shared “a unique approach to puppetry that is joyful and sophisticated.”

The co-creator of The Muppets died earlier this week.

Jane Henson, who co-created the beloved children’s show The Muppets with her husband Jim, has died. The Jim Henson company confirmed the news, stating that Henson died on Tuesday, at the age of 78, following a prolonged battle with cancer, The Daily Mail reports.

Jane and Jim Henson met at the University of Maryland back in the 1950s. They became creative partners early on, working on a number of concepts together. The Hensons’ first joint project was the show Sam and Friends. However, the couple did not begin dating until a few years later when Jim returned from a tour around Europe to study European puppetry. In 1960, Jane quit muppeteering, following her marriage to Jim, in order to raise the four children they would go on to have. However, she still stayed involved in decision-making and the creative process. 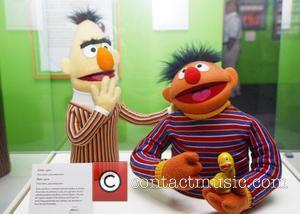 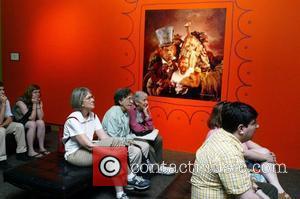 Oscar The Grouch To Host The Oscars? 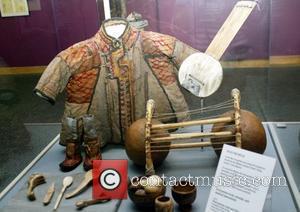