Netflix and Marvel have done an incredible job of entertaining audiences with their collaborative original series. Comic book characters such as Luke Cage and Iron Fist have successfully made their way to the streaming platform, alongside the likes of Daredevil and Jessica Jones.

All four of these characters came together in 2017's collaborative series, 'The Defenders'. Forced to join together in order to take down one of the most dangerous threats to the world, it was a brilliant limited series, and one fans hoped would return in the near future.

Continue reading: Why Won't There Be A Second Season Of 'Marvel's The Defenders' On Netflix?

'Lost In Space' hasn't been renewed for a second season, but the co-creators have plenty of ideas if it does get the green light.

The reviews are in for Netflix's remake of classic 60s series 'Lost In Space', and it would seem the majority of those who have sat down to binge the debut season of the new show are enjoying what co-creators Matt Sazama and Burk Sharpless have offered up. So where does the series go from here? No official order has yet been given for a second season, but we wouldn't be surprised to hear in the near future that it'll be returning - especially after that shock season 1 ending! Netflix have never been a streaming service to release the numbers of subscribers who tune into their original content, so it's a bit of a waiting game for us all when it comes to learning whether or not enough people have watched 'Lost In Space' for it to make a return. Even the series' co-creators are in the same boat.

The video is designed to discourage those with suicide issues from watching the show alone.

'13 Reasons Why' may have been an extremely popular drama, but it certainly wasn't without its controversies. Thus, Netflix commissioned a study to explore how the show has affected viewers as a majority, and they've added a suicide warning video rather than a standard disclaimer ahead of season two. Criticised for 'glorifying' ideas of teen suicide, the show explored why a high school girl named Hannah Baker took her own life through a series of cassette tapes she left behind blaming her death on her friends, bullies and those who had broken her trust.

Continue reading: Season 2 Of '13 Reasons Why' To Address Triggered Youths With Disclaimer Video

The younger cast members will be getting the biggest boost when it comes to their pay.

'Stranger Things' is without a doubt one of the most popular original shows Netflix has in its catalogue. Though the streaming service don't officially reveal their numbers, the series is one that has the world talking, with a third season currently in development. Filming has now been confirmed to kick off on the batch of new episodes this April, but this week some more interesting information has been released.

It turns out that the cast of the award-winning show will be getting a boost to their wages from season 3 and beyond, with some of the youngest members seeing their salaries rise 12 times higher than what they've been paid for the first two seasons of the series. The deals closed last week, but Netflix have declined to comment on the reports.

Continue reading: The Cast Of 'Stranger Things' Get Big Pay Rise For Season 3

The series will be making its return to Netflix at some point in 2019.

It looks like some more new faces will be headed to the fictional town of Hawkins, Indiana when 'Stranger Things' makes its return for a third season next year. The series has never been afraid to bring new blood into the fold to help progress the narrative, and did a brilliant job with their newbies when the second season rolled around.

Now, with the Duffer Brothers' 80s sci-fi drama series moving into production for a batch of eight new episodes, more details will begin to bubble to the surface in regards to what viewers can expect from the future. We know of course that the main group of teens will be returning to the spotlight, and that David Harbour and Winona Ryder will also make a comeback, but what about those new faces? Continue reading: Roxanne Roxanne: A Netflix Biopic On One Of The World's Most Influential Female Rappers

When 'Riverdale' was first announced to be coming to The CW, nobody really knew what to expect. Could a series based on the characters and storylines woven throughout Archie Comics really be as tonally dark and gritty as was suggested by the teasers? Turns out it could, as the show surpassed all expectations and became a major hit with audiences.

Now in its second season, 'Riverdale' continues to impress, and when a completely new series based on the narrative in the comic series 'The Chilling Adventures of Sabrina' was announced, many thought it would provide the perfect opportunity for the two worlds to collide. They were of course from the same comic book universe, so why not?

Continue reading: Lili Reinhart Doesn't Think It Would "Make Sense" For 'Riverdale' And 'Sabrina' To Crossover

Netflix continues to cement itself as THE place to go to for good television, landing a huge deal with showrunner Ryan Murphy that will see the series creator bring new shows to the streaming platform for at least the next five years. The move comes after the company also brought Shonda Rhimes on board, and will see a huge chunk of Murphy and Rhimes fans either renew or start up their subscription to the service when their original content begins to stream. Ryan Murphy has signed a huge deal with Netflix

Having created such shows as 'Nip/Tuck', 'Glee' and 'American Horror Story', Murphy is without a doubt a man who's able to entice viewers, keep them coming back for more and implement an addictive and compelling narrative. Able to keep multiple series on the go at one time, he's an incredibly valuable asset to the companies he works for. 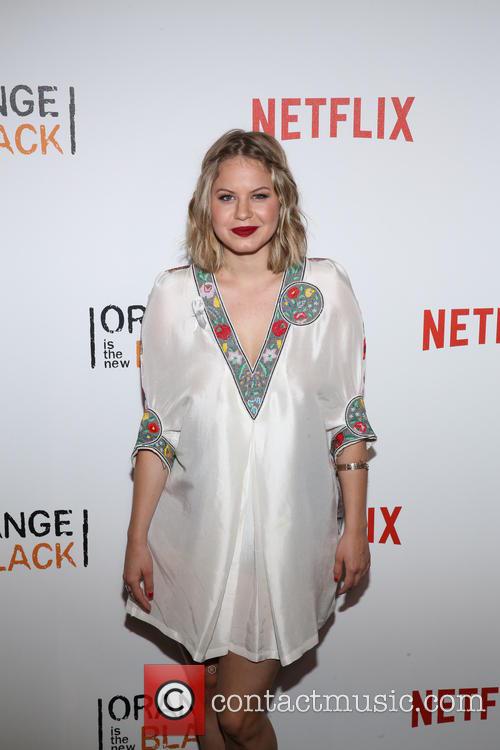 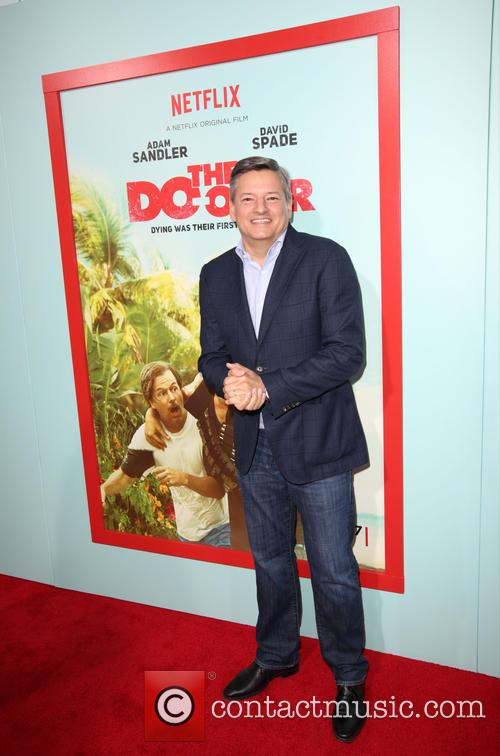 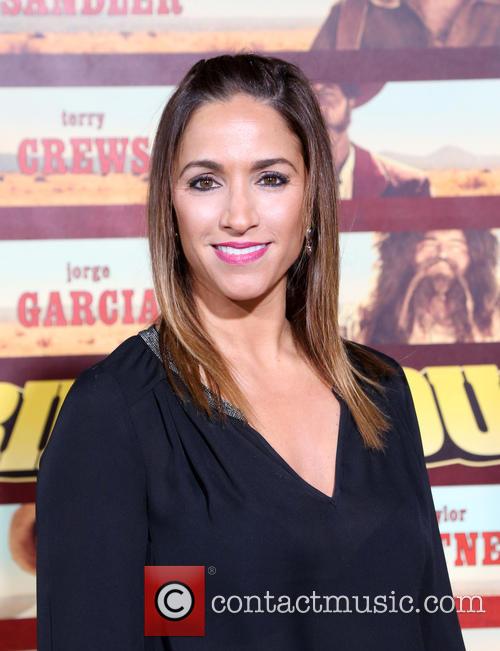 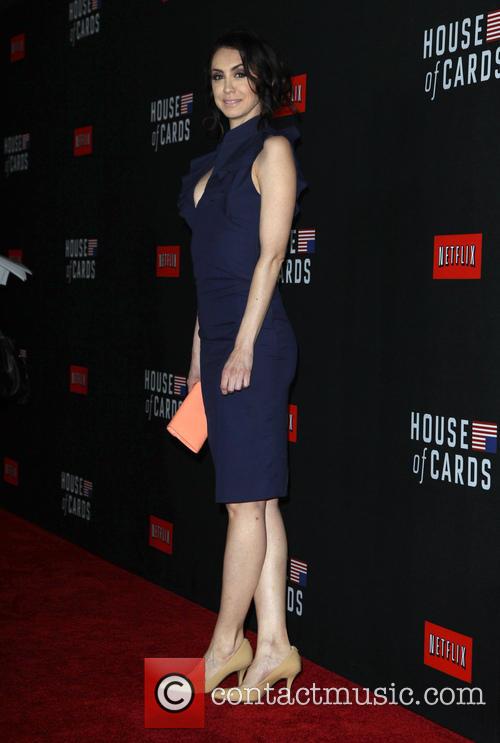 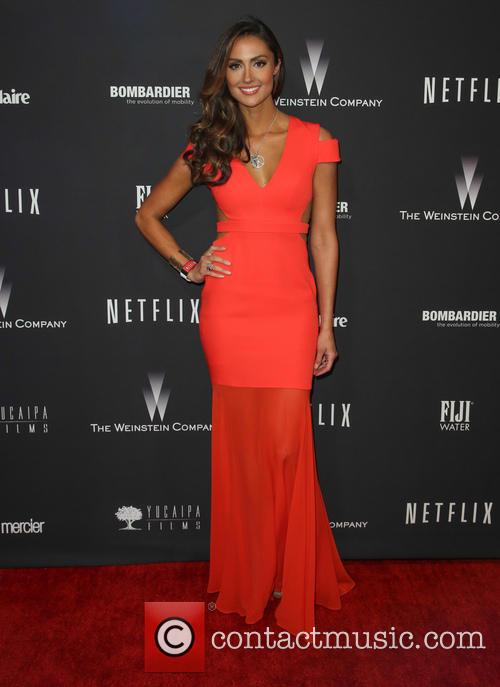 Is '13 Reasons Why' The Reason Why These Girls Committed Suicide?

'13 Reasons Why' Officially Gets Second Season

[SPOILERS] There Were Four Potential Killers On 'Riverdale'

Netflix Threatened By 'Orange Is The New Black' Season 5 Hacker