‘Why Was Nothing Ever Done?’: Jimmy Savile Documentary Reviewed 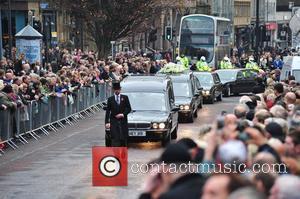 Last night’s controversial Exposure documentary about Jimmy Savile has been met with a sombre response in the press today. The Jimmy Savile documentary on ITV exposed evidence that he had sexually abused underage girls during his lifetime. Fellow TV presenter Esther Rantzen, when faced with video footage of a woman giving evidence of his abuse against her, concluded “I’m afraid the jury isn’t out any more. We all blocked our ears to the gossip – there was gossip, and there were rumours.”

Savile was a much-loved TV presenter during his enduring career; he was especially noted for presented the children’s TV show Jim’ll Fix It as well as the music show Top of The Pops. These revelations will come as a shock to many, though for some, it merely confirms what they had tried to ignore in years gone by. Neil Midgeley, reviewing the programme for The Telegraph, grew up in Savile’s home city of Leeds – where he was a renowned local celebrity, known as much for his charitable work as for his eccentricities – and describes the documentary as “chilling.” He writes “I grew up in Leeds, and when I was a kid there were lurid playground rumours about Savile, which went far beyond suggestions of abuse of teenage girls. Last night’s programme not only got to the heart of direct allegations against Savile, but vividly posed the question: why was nothing ever done, when the rumours were so persistent?”

Savile is no longer alive to defend himself against these allegations but in the programme, the QC Ian Glen claimed that there was enough evidence against him to have arrested him, had he still been alive.

54 years of Abuse and No Chance of Punishment: The Disappointments of the Jimmy Savile Report