JOE FRANCIS Is Stranded In Mexico With His Family After The Country's Airports Were Shut Down Due To Hurricane Patricia. 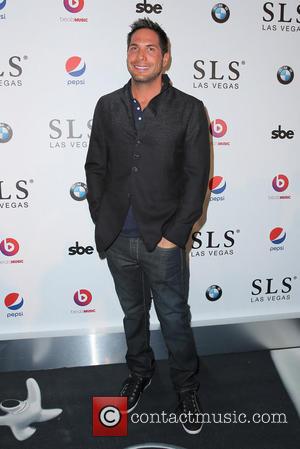 The Girls Gone Wild filmmaker has hunkered down in his high-rise apartment in Puerto Vallarta with his twin daughters and girlfriend Abbey Wilson, according to editors at TMZ.com.

Joe attempted to leave the country via a private plane on Friday afternoon (23Oct15), but was unable to travel because the airports were shut down as the hurricane approached.

He told editors at TMZ.com they were asked to evacuate their building, but instead decided to tape up the windows of the apartment so they can ride out the storm there.

Joe shared a photo on Instagram.com of his view on Friday, writing, "This is a live photo of Puerto Vallarta Mexico. Hurricane Patricia will make landfall here within the next few hours. Please pray for the our friends, our families and the wonderful people of this city."

Hurricane Patricia was recorded as one of the world's most powerful storms, but weakened significantly as it hit Mexico. While over the ocean, it had wind speeds of more than 325 kilometres per hour (200 miles per hour).