Filmmaker Charlie Stratton takes a rather obvious approach to Emile Zola's iconic 1867 novel Therese Raquin, ramping up the melodrama while drenching everything in shadowy doom and gloom. It's such a bleak film that it sometimes feels like a spoof, pushing every emotional story element to the breaking point. But the resilient premise still has something to say.

In deeply repressed 19th century French society, Therese (Elizabeth Olsen) is an orphan raised by her over-involved aunt (Jessica Lange), sharing a bed with her sickly cousin Camille (Tom Felton). When she comes of age, Therese is simply expected to marry Camille, after which all three move to Paris to open a shop. Soon Therese meets Camille's old pal Laurent (Oscar Isaac), who sparks her lust in ways the wheezy Camille never could. And as they begin a torrid affair, Therese and Laurent know that they can only be together after Camille is dead. So they hatch a nefarious plan, but life doesn't play out quite as they expect it to.

Writer-director Stratton makes everything so stylised that it can't help feeling stagey, with streets, sets and costumes that are relentlessly drab. The main colour scheme is dark greys and browns, and everything is swamped in murky shadows as the characters swap anguished glances. The actors do what they can with this. Olsen and Isaac manage to generate some sweaty chemistry, which transforms into something very different in the final act. Felton finds some humanity underneath Camille's obnoxious exterior. Lange merrily chomps the scenery as the glowering, over-reacting matriarch. And casting Matt Lucas, Mackenzie Crook and Shirley Henderson in key supporting roles can't help but add some unexpected comedy ("I have a touch of the vapours!").

Therese Raquin is a young woman living with her aunt and cousin Camille. One day Madame Raquin informs her that she and Camille are to be married after which they will settle in Paris. Though it was not a pairing of her choosing, Therese tries to attract some interest from her rather unpleasant cousin who appears to be shrugging away her every advance, even on their wedding night. In Paris, Camille meets his childhood friend Laurent, a painter, who they invite to stay. Intrigued, Therese soon finds herself engaging in an illicit and passionate affair with him behind her husband and aunt's back. As their relationship deepens, their yearning for one another becomes stronger and they began to plot a way to get Camille out of the picture which ends in his murder on a boat trip. Far from gaining peace, the couple find themselves racked with guilt and highly suspected by Madame Raquin.

'In Secret' is the tense romance thriller written and directed by Charlie Stratton ('Faux Baby'). It is based on the 1867 classic novel 'Therese Raquin' written by Emile Zola and is also the subject of a play by Neal Bell. It is set to be released in US theatres on February 21st 2014. 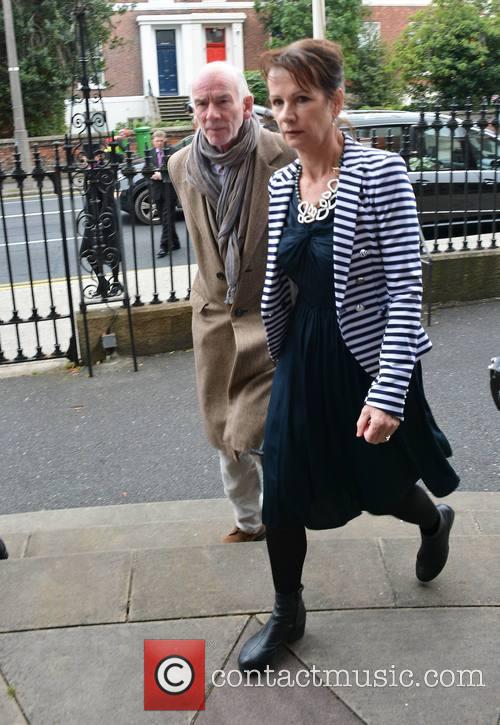