Star met groom at a bar the previous night 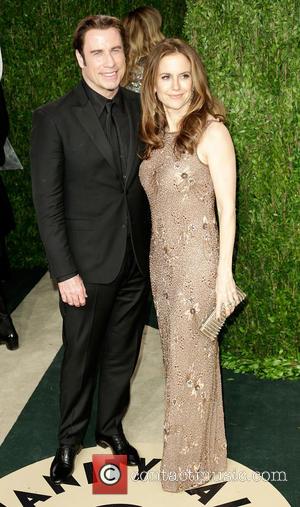 Imagine you’ve had to organize your wedding – it’s a pretty big one and you’re of course working to a budget so you’ve invited a pretty specific amount of people and you’ve ordered just about enough food and drink to cover everyone. These are expensive things to sort, you’ve made sure you’ve hired just the right amount of seats for everyone to sit, just about a big enough size canopy for the reception – everything has been organised to cater for the specific amount of guests you’ve invited. And then someone crashes the wedding. You must be raging. Unless, of course, it’s John Travolta.

That’s right, if anyone was going to knock your best laid plans to the ground, helping themselves to the trifle so that there isn’t enough left for Uncle Gerry, then it might as well be JT. The Toronto Sun reports that a Reddit user wrote about meeting the Grease actor the night before and invited him to attend his wedding the next day. Surely he’d never have really expected Travolta to turn up, but lo and behold he did! Rocking up at the wedding in Georgia, Travolta donned a pair of jeans, t-shirt and a cap and happily got snapped for pictures with the newly wedded couple.

He also had a picture taken with the entire wedding party. It was reported by a friend of the groom on Reddit, who wrote "My friend ran into John Travolta the night before his wedding, and he shows up the next day." John Travolta was a surprise guest at a Georgia couple's wedding Travolta happily posed for pictures with the bride and groom