John Travolta is an American actor who rose to fame with his lead role in the film Grease.

John Travolta was born in New Jersey, New York City, the youngest of six siblings. His father, Salvatore, was a tyre salesman and an ex-footballer. His mother Cecilia was an actress and a singer. She later became a drama teacher at high school level. The Travolta family lived in an Irish-American neighbourhood and was a Catholic family.

When he graduated from Dwight Morrow High School, John Travolta moved to New York City and earned himself a role in a touring version of Grease, as well as a part in Over Here! on Broadway. He later moved to LA in order to advance his show business career.

One of Travolta's first TV acting jobs was as a messenger on CBS's soap opera The Edge of Night. In 1976, Travolta landed his first notable movie role, when he played the bully who played a trick on Carrie White (as played by Sissy Spacek) in Carrie.

Travolta's breakthrough role came around the same time, when he starred as Vinni Barbarino in the sitcom Welcome Back, Kotter. The show also featured his sister, Ellen.

In 1977, Travolta appeared as Tony Manero in Saturday Night Fever and the following year he landed the role of Danny Zuko in the film version of Grease. These two films are perhaps two of his best known. He was nominated for the Best Actor Oscar, aged just 24, but lost out to Richard Dreyfuss.

In 1980, John Travolta starred in Urban Cowboy, alongside Debra Winger. The film inspired a surge in the popularity of country music. However, following its release, Travolta's career took something of a downturn. Staying Alive, the sequel to Saturday Night Fever, was a flop, as was Two of A Kind, a romantic comedy that saw him work once more with Olivia Newton-John, his co-star in Grease. Aside from a role in Look Who's Talking, which also starred Kirstie Alley and Bruce Willis, none of his films of this era were successful. Travolta took a hiatus from his career and focused on learning to become a pilot.

In 1994, John Travolta's career was revived when Quentin Tarantino asked him to play Vincent Vega in Pulp Fiction. He received an Oscar nomination for his performance as Vega.

Following Pulp Fiction, Travolta's phone began to ring again and he appeared in films such as Get Shorty in 1995 and Face / Off, alongside Nicolas Cage, in 1997. In 1998, Travolta starred as a presidential candidate, loosely based on Bill Clinton, in Primary Colors.

Until this point, John Travolta's newly resurrected career had been met with positive reviews. However, in 2000, he starred in Battlefield Earth, which was based on a fictional work by L. Ron Hubbard, the founder of Scientology. The film was widely panned by film critics. Travolta then went on to star in Wild Hogs, which received a lukewarm response, as did the remake of Hairspray, Travolta's first musical appearance since Grease.

In 1991, John Travolta married the actress Kelly Preston. The couple have a son, Jett and a daughter, Ella Bleu.

Among his many privately-owned aircraft is an Australian Boeing 707-138 airliner. His home is a $4.9 million estate, with its own runway, by Greystone Airport.

John Travolta has been a follower of the Scientology movement since 1975. Continue reading: The Nominations For The Razzies Have Been Announced

Durst is working with the iconic Travolta on a semi-biographical project titled 'Moose'.

Did anyone see this coming? Former rock frontman Fred Durst – yes, he the reverse-baseball cap wearing singer in one-time nu-metal titans Limp Bizkit – is set to direct a new thriller movie starring none other than the legendary John Travolta.

The 64 year old actor is joining Devon Sawa in a new film titled Moose, a project that’s partly based on Durst’s own life, and particularly the incident in which he was stalked by a crazed fan several years ago.

According to Variety on Wednesday (March 7th), Travolta will play the titular lead in the film, concerning “a rabid movie fan obsessed with his favourite celebrity action hero [played by Sawa]. As Moose’s obsession grows stronger, his fixation turns from stalking to ambition of destroying the star’s life — a story inspired by a real-life fan who stalked Durst many years ago.”

John Travolta has hit out at what he calls “fake news” regarding the reasons behind the cancellation of his new movie Gotti just ten days before its theatrical release.

Lionsgate Premiere had been set to release the gangster film Gotti on December 15th, but news emerged on Tuesday (December 5th) via industry-monitoring website Tracking Board that the film would no longer be released and that the rights had reverted back to the movie’s producers.

However, 63 year old Travolta was adamant to explain that the situation wasn’t quite as it had been reported, and reached out to Deadline the following day to explain what had actually happened. He and Lionsgate had mutually cancelled its rollout, and he had then bought it back off them so it could get a wider release with a different distributor in producer Edward Walson. 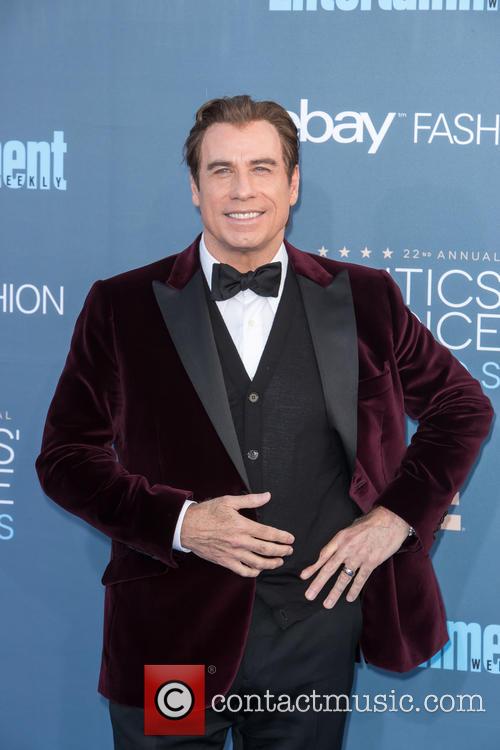 Continue reading: A Dark Fan Theory Claims That Danny And Sandy Are Actually Dead In 'Grease' Kris Jenner On David Schwimmer In His Role As Robert Kardashian: "I Think David Has Robert Down Pat" Continue reading: Kris Jenner On David Schwimmer In His Role As Robert Kardashian: "I Think David Has Robert Down Pat" John Travolta has come out in defence of his controversial religion Scientology after the release of Alex Gibney's documentary Going Clear: Scientology and the Prison of Belief, which depicts the church as dangerous. Travolta, who converted to Scientology in 1975, told the Tampa Bay Times that he hasn't watched the film and that he doesn't "really care" to see it.

The actress has released a statement explaining Travolta's Oscars greeting

Did you think John Travolta was being inappropriate, creepy and weird around Scarlett Johansson at the Oscars? Yes, so did everyone else. But it turns out that we were all very, very wrong. Scarlett Johansson definitely looked happier to be with her husband, Romain, than Travolta

What we were actually witnessing, it turns out, was a "very sweet and totally welcome" gesture. 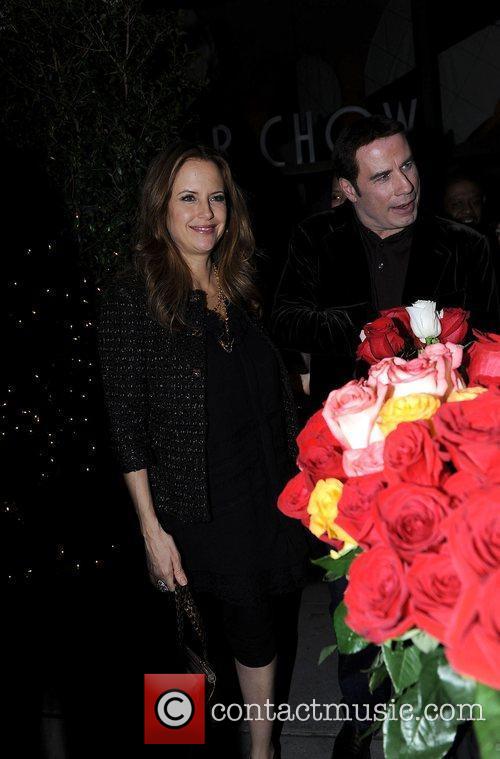 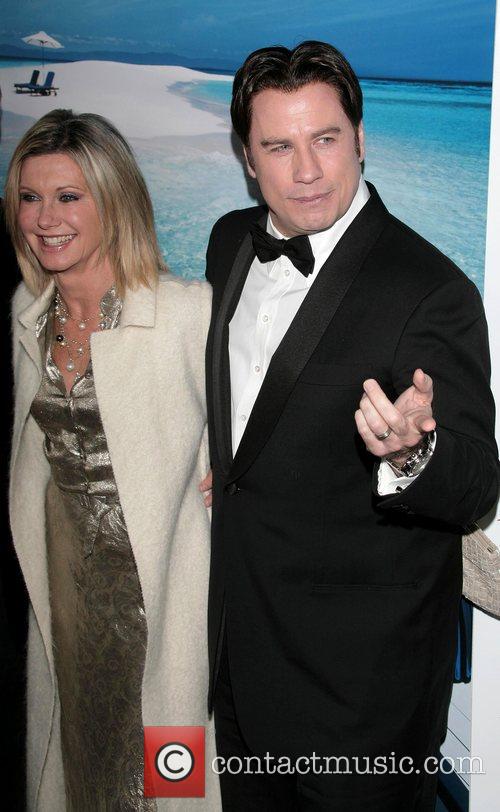 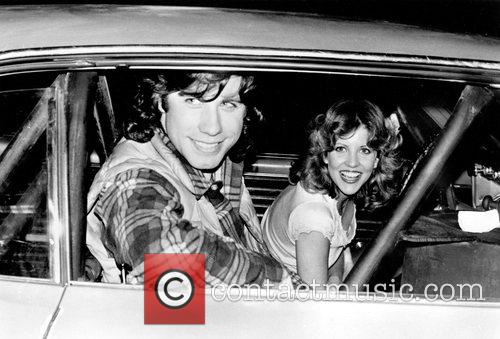 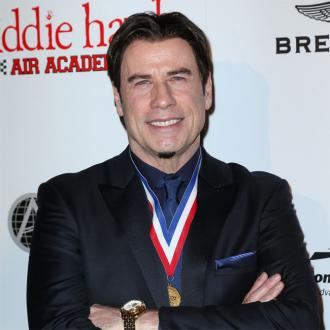 John Travolta to be part of Oscars sketch