Karen Gillan has been cast in western 'In A Valley Of Violence' where she will star alongside Ethan Hawke, John Travolta and Taissa Farmiga. 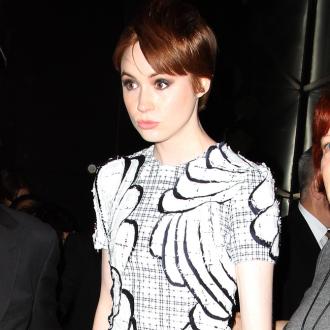 Karen Gillan has been cast 'In A Valley Of Violence'.

The 26-year-old actress - who is known for her role as Amy Pond in the British sci-fi series 'Doctor Who' - will reportedly star opposite Ethan Hawke, John Travolta and Taissa Farmiga in the western.

Gillan and Farmiga play sisters who run a hotel in a small town in the 1890s and they're caught in Hawke's mission to seek vengeance for his murdered best friend.

The forthcoming film which will be directed by 'The House Of The Devil' helmer Ti West and will see Gillian reunite with Blumouse Productions, the company behind horror 'Oculus', where she landed a starring role as Kaylie Russell.

Gillan will hit the big screen later this year in 'Guardians of the Galaxy' as Nebula, after she shaved her head for the role. Talking about the character, she previously said: ''She is the female villain of the film. She teams up with Lee Pace who is the male villain. She is very sadistic and evil, but I like to think for a very valid reason.''

She is also slated to play the lead role in the upcoming U.S. comedy series 'Selfie', which is loosely based on 'My Fair Lady'.