Kate Upton was shot in a zero-gravity chamber which allegedly made her "look like something out of 'Barbarella.'" 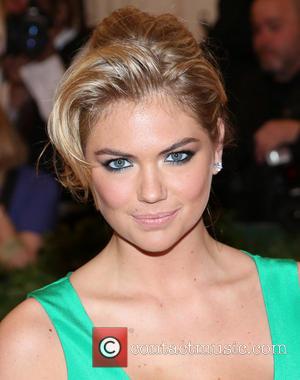 Model Kate Upton could be embarking on a first in the modelling world.

Page Six reports, sources told the news outlet that the 21 year-old did a photo-shoot in a zero-gravity chamber to mimic being in outer space, while wearing a silver bikini.

The unique photo-spread will be used for Sports Illustrated's 50th anniversary issue.

The idea was to make Upton's breast and other aspects of her body seem weightless, which mad her "look like something out of 'Barbarella.'"

The young American has previously been used for the magazine's 2012 and 2013 swimsuit issue covers.

Last year, Upton was taken to the Antarctica for a shoot and when appearing on Jimmy Fallon's talk show, the host ironically said to her the next cover should be shot in space, "Think about this; there's no gravity," he joked.

Along with Kate, legends in the modelling world have apparently been photographed for SI's special 50th anniversary issue, sources tell Page Six "Christie Brinkley, who appeared on three covers, from 1979 to 1981, and Tyra Banks, Carol Alt and Bar Refaeli," are the returning models.

The issue will hit newsstands on February 11th but the mag still hasn't decided if Miss Upton will be their 2014 cover girl as editors are still searching through photographs to make their final decision.

Only days ago, the supermodel admitted, in an interview with V magazine, that certain comments and criticisms about her looks have a deep, long-lasting effect.

Been branded too "obvious" to work for Victoria's Secret by model booker Sophia Neophitou in 2012 was difficult to handle for the blonde pin-up.

''I had just gotten my cover of Sports Illustrated that day. I wasn't used to that kind of media swirl. I had never met her, so it really came out of nowhere," she said to V. ''It was my introduction to being in the spotlight and having people you've never met have an opinion of you.''