The 21 year-old blonde beauty isn't a huge fan of her large bra size, and wishes it was smaller at least "twice a day." 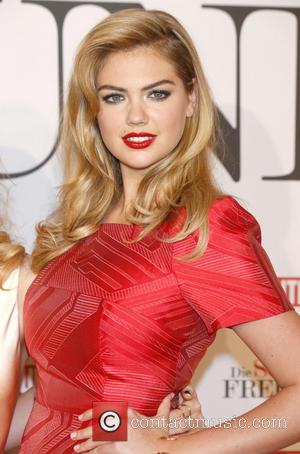 Kate Upton has a figure all women desire, but there is one big aspect of it that she wishes she could change.

The 21 year-old Sports Illustrated swimsuit model isn't much of a fan of her impressive 32D sized breasts.

Although these are arguably the best two assets of her famous curvy frame, Upton wishes they were just a tiny bit smaller.

"I wish I had smaller boobs every day of my life as I would love to wear spaghetti tops braless or go for the smallest bikini designs," the sexy blonde told Sunday's edition of The Sun.

"Every single day I'm like, 'Oh man, it would be so much easier', especially if people didn't constantly bring them up," she continued. "If I could just take them off like they were clip-ons ..."

But the American model does admit that part of this is just all talk, and she should be satisfied with having sizeable breasts.

"I know I say I wish I had smaller boobs, and that's true because at least twice a day I wish that. But the grass is always greener, as they say," she said.

Upton has been praised as one of the world's top models and promotes a much more natural, healthier figure then the typical smaller frames that are regularly seen walking across catwalks and fashion shoots.

For this reason Kate sees herself as a very good role model, especially for younger girls.

MORE: Kate Upton is nervous about her next Sports Illustrated shoot

"I love my boobs and I'm proud of my size. That's an important message to young girls - love who you are," she said. "It's so easy to feel negative about yourself and it is totally self-destructive. If you can only love and accept who you are you will be a lot happier."

Kate's global recognition has enabled her to cross into different fields of the entertainment industry, and she took full advantage of this by landing a starring role in new comedy 'The Other Woman' alongside Cameron Diaz.

"I think it's funny to act like a dumb blonde. I know that's not the case so why not play on it?" she told The Sun about her character. "But I actually don't look at my character as dumb, I think of her as young and naive, like I was once." Upton is famous for her curvy figure