Keira Knightley is in talks to star in a 'Jack Ryan' film franchise prequel alongside Chris Pine. 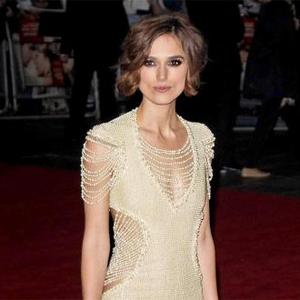 Keira Knightley is in talks to star in 'Jack Ryan'.

The 27-year-old actress will reportedly play the lead female role opposite 'Star Trek' actor Chris Pine in Sir Kenneth Branagh's new chapter of the popular thriller franchise, according to The Hollywood Reporter.

'Lost' actress Evangeline Lilly and 'Like Crazy''s Felicity Jones were auditioned for the part before Kenneth approached Keira, who Paramount had initially considered.

The film is a prequel to Tom Clancy's 'Jack Ryan' novel series and will see Chris as a Moscow-based financial analyst who must race against time to save America and his beloved wife, played by Keira, from a terrorism plot which threatens financial chaos.

The title role has been played by Alec Baldwin, Harrison Ford and Ben Affleck in the first four films, the last of which was released in 2002.

Lorenzo di Bonaventura, Mace Neufeld and David Barron are on board to produce the prequel and David Ellison has been named as executive producer.

Keira currently stars in 'Seeking a Friend for the End of the World' with Steve Carell.

The brunette star can next be seen in 19th century drama 'Anna Karenina' as an aristocrat who enters into a tumultuous affair.