'Twilight Saga' hunk Kellan Lutz has admitted he used to lie to his ex-girlfriend so that she would like him more. 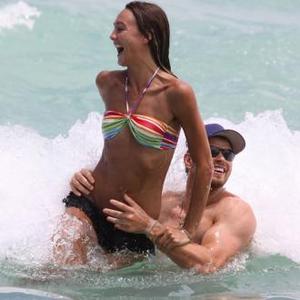 The 'Twilight Saga' hunk is currently loved up with former 'Home And Away' actress Sharni Vinson but admitted in the past he often told White Lies in order to impress girls.

Kellan - who previously dated '90210's AnnaLynne McCord told People: ''I've become more mature when it comes to women and relationships. My M.O. now is to be who I really am and not be fake in order for a girl to like me back.

''I was in this one relationship where I told her things about myself that wasn't really me. I said I liked this certain band only because she liked them. Then she bought me tickets to their concert and I was stuck in going. It's not fair to her and to me.''

However, since he started dating Sharni a year ago, Kellan has never been happier or more honest.

''Sharni's personality and mine very much complement each other, and we connect on every level.

''She has a big personality so we have great conversations and laugh so much. I'm never fake with her, and it makes our relationship so easy. It's all about being honest.

''I've learned to be honest, because at the end of the day I have to be with somebody that loves me for who I really am.''