Kelly Clarkson is 'whole' without husband

Kelly Clarkson doesn't consider husband Brandon Blackstock her ''other half'' and insists they are ''whole'' without each other. 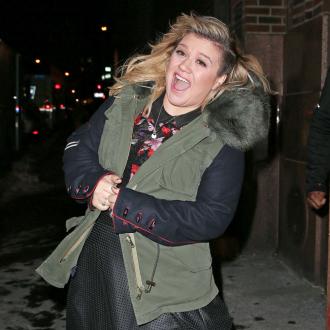 Kelly Clarkson doesn't consider Brandon Blackstock her ''other half.''

The 32-year-old singer, who has 10-month-old daughter River Rose with her music manager husband, insists they are both still very independent and feel ''whole'' without each other.

The 'Heartbeat Song' hitmaker said: ''Brandon is not my other half. He's a whole and I'm a whole. I've never believed in someone taking care of me, and that's probably because I grew up poor and without a lot of family stability.''

Kelly wants to have more children with Brandon in the future, but refuses to ''schedule sex'' to help her conceive.

She told the May issue of Redbook magazine: ''I always swore ours would not be a relationship where we have to schedule sex. That is never going to happen. We put each other first. I call it the oxygen-mask mentality - take care of yourself first!''

The 'Run Run Run' hitmaker has come under fire for her post-pregnancy figure recently, but claims it doesn't bother her even though she wishes she had ''a better metabolism.''

She explained: ''There are just some people who are born skinny and with a great metabolism - that is not me. I wish I had a better metabolism. But someone else probably wishes they could walk into a room and make friends with everyone like I can. You always want what someone else has.

''I don't obsess about my weight, which is probably one of the reasons why other people have such a problem with it.''