Kelsey Grammer has set up his own reality TV production company, G3 Productions, which will develop reality series concepts and formats that can be sold and distributed around the world. 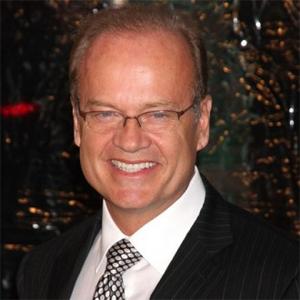 Kelsey Grammer has set up his own reality TV production company.

The former 'Frasier' star has teamed up with Stella Bulochnikov-Stolper to form G3 Productions and, along with Zodiak USA, they will develop reality series concepts and formats that can be sold and distributed around the world.

Stella - a former VH1 executive, who masterminded Paris Hilton's 'My New BFF' and is currently working with Kelsey on the Starz drama 'Boss' - told Variety magazine: "I knew that Kelsey loved this space and would love to pop some big shows. The idea that he would lend his name and brain and star power to working on some formats was so exciting to me, and then to have a partner like Zodiak to produce them and sell them all over the world - that's really going to produce some fireworks."

Kelsey, 55, added: "Combining all of our talents with the people at Zodiak USA makes for an even more exciting collaboration."

While he is thinking of ideas, Kelsey's own life would make a great reality show as he is currently going through a divorce battle with his estranged wife Camille Grammer while busily planning his fourth marriage to 29-year-old former flight attendant Kayte Walsh.